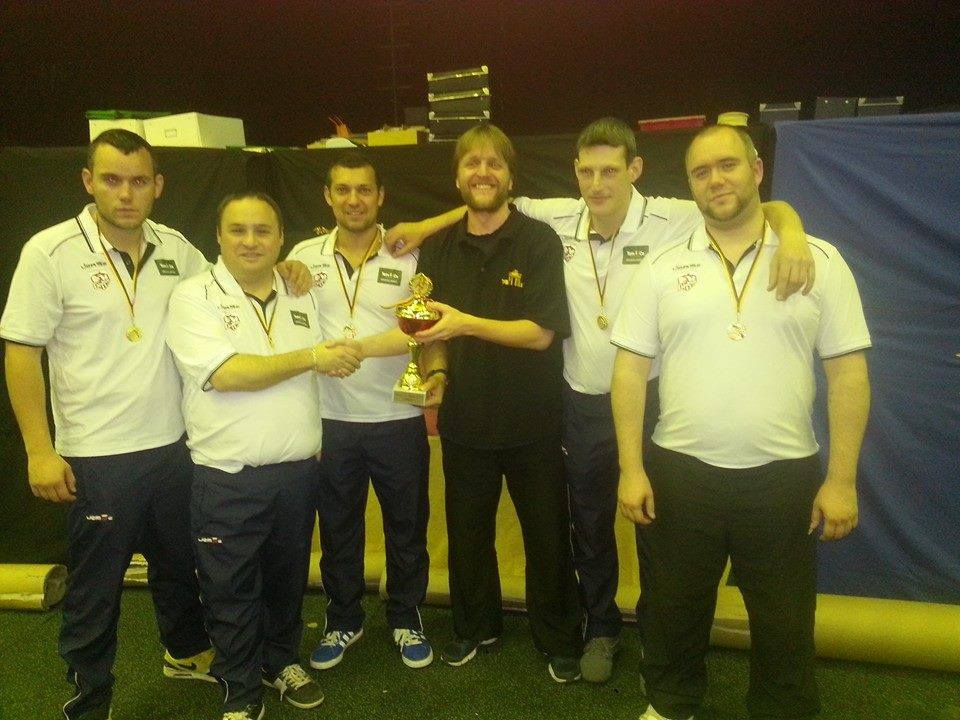 The Open of Berlin took place last week-end with 42 polayers from five different countries taking part. The Open section has 41 entries and 8 big groups of 5 or 6 players. After many games, the serious things started in the second round with two defeats for the promising local players as Marcel Kwiatkowski lost to Erich Hinkelmann while Robert Lenz beat Björn Kegenbein. After the quarter-finals, Antonio Mettiveri defeated the top seed of the tournament, Saverio Bari, to qualify for the final. In the last game, the Italian player of SC Charleroi defeated the Austrian top player Wolfgang Leitner (2-1) to win the trophies.

SC Charleroi had a perfect week-end as they also won the team events, defeating TFC Mattersburg in the final.

You can find all results here: http://www.gpberlin.de.vu/
Big thank you to Marcus Tilgner for a great run event and see you next year