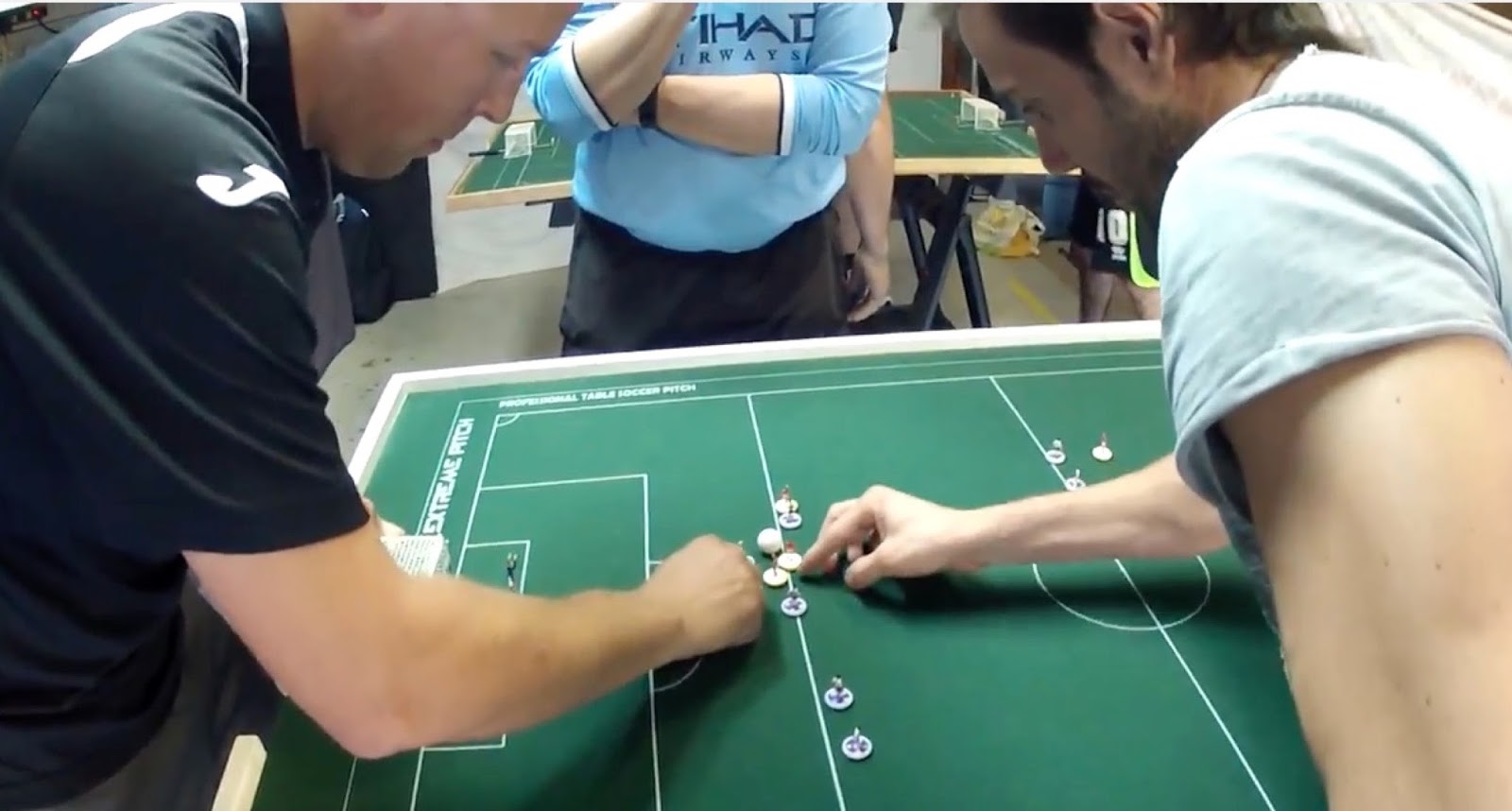 Two major competitions were held in Newbury Park, southern California over the week-end of April 16th/17th 2016. Players attended from as far and wide as Florida, Maryland, Minnesota and Colorado as well as the top players from southern California as well.

On Saturday the FISTF Satellite competition was won convincingly by Christian Filippella with an extraordinary 7-0 defeat of Paul Eyes in the Final. Up to that point Paul had played well in qualifying and the semi-final versus Mike Tillman, but he had no answer to Christian’s accuracy and impeccable shooting. Christian was a top player in Italy until retiring in 2001 and was recently discovered living in Hollywood, and has re-ignited his passion for Subbuteo, and it looks like that is going to be to the great benefit of USA Subbuteo and the ASA.

On Sunday the American Subbuteo Association held its own California Open Cup competition, and the tournament field was strengthened further by the presence of seven-times USA champion Zach Walker. The match that everyone wanted to see occurred in the final between Christian Filippella and Zach. After Christian took the lead, Zach fought back to equalize in an even first half, but in the second half, gradual and intense pressure wore down Zach’s defence and Christian scored twice in the last four minutes to win the match 3-1. Zach created chances and came very close however. It was a tremendous match to finish a brilliant week-end of Subbuteo competition.