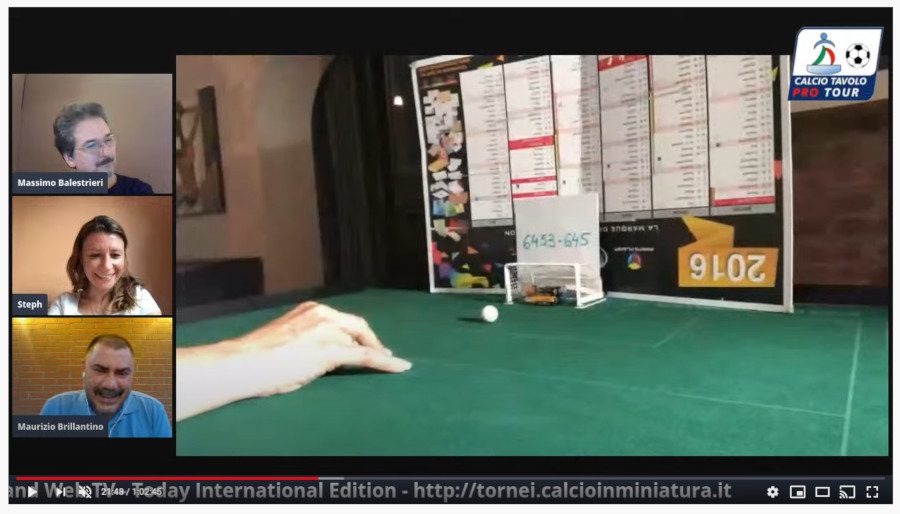 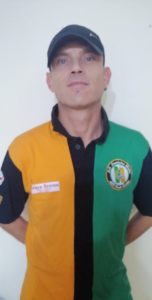 The tournament was held according to the classic rules of the Italian tournament, then qualification groups, subsequent separation in the Master and Consolation and then knockout rounds.

The categories that were foreseen were “Sports Table Football” and “traditional Subbuteo”.

In addition to the videos of the special shots of the players who then uploaded on all the games they played and which can be seen on the tournament website tornei.calcioinminiatura.it, a live web broadcast was organized almost every evening for the duration of the tournament, a Web Tv in Italian and also in English by Massimo Balestrieri and Maurizio Brillantino. 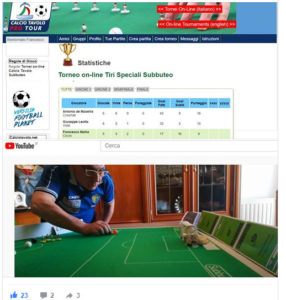 It was definitely a team effort that led many people to have fun and play a “tournament” even in moments when tournaments cannot be played.

The surprise of the tournament was the participation of several foreign players. Thanks to the promotion guaranteed by the FISTF at an international level and by the FISCT at a national level, players entered from Australia, France, England, Malta and Russia. Another very pleasant note was the participation of two female representatives, Elena La Rosa, not registered in any game circuit and Stéphanie Garnier, a well-known French international player and representative of the French national team. 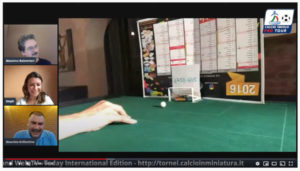 The finals took place on live TV on Sunday 28 June.

In the Consolation category victory for Elena La Rosa who defeated Maurizio Brillantino.

The prizes were provided by Subbuteoland.