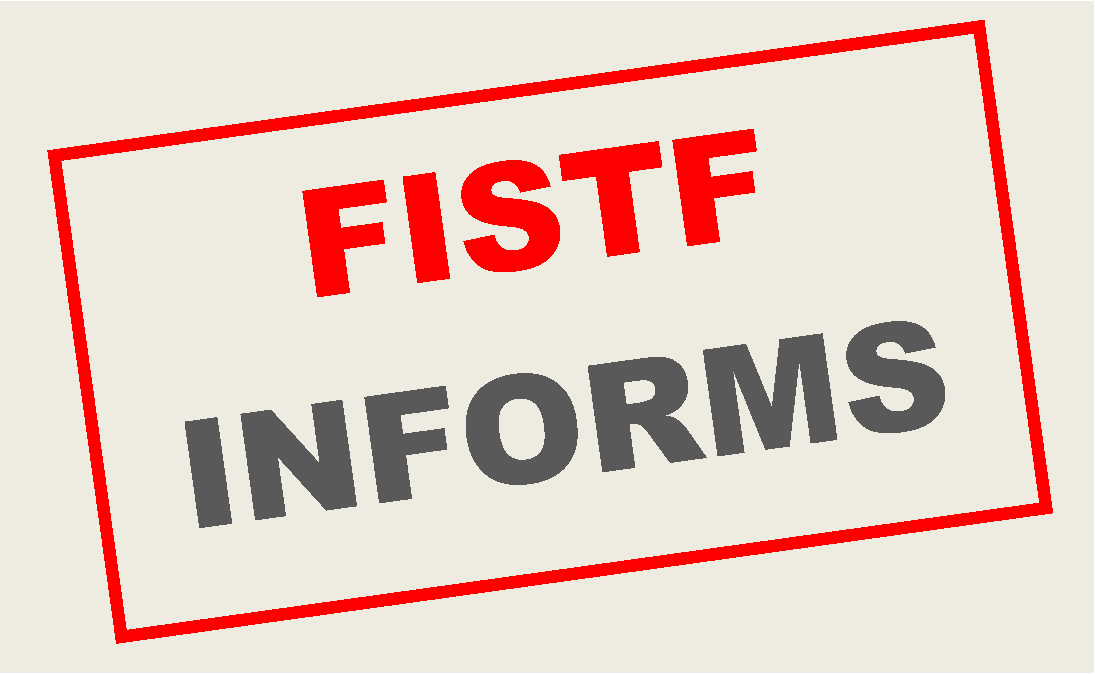 With the international transfer period due to end at midnight on January 31, it was felt players should be aware of the regulations covering transfers, free agents and contracts.
The following is an extract from the FISTF Handbook.

2.3.6  Rules for the Registration of Players

(a)       Players who take part in FISTF events must provide their nationality, club and birth date to FISTF. All data is mandatory.

(b)       If a player has not provided their birth date, the player cannot attend any FISTF tournament.

(c)       It is the responsibility of the MNAs to make sure all players have provided the requested data and validate them.

(d)       The list of players (including the full name, address, date of birth, nationality and club) should be sent to the FISTF General Secretary.

(e)       Only the FISTF registration Form F20 sent exclusively by the MNA is valid for this purpose.

(a)       A Free Agent is a player that is not registered with any licensed Club.

(b)       If a player wants to become a free agent (player in the individual ranking, but not registered with any club), for the following season, the player shall inform FISTF through the relevant MNA, during the Transfer Period (2.3.9(a)(vii)). No permission/signature from their existing club shall be needed. Form F06F needs to be completed by the player and submitted to their MNA for sending to FISTF.

(d)       A new player is automatically registered as a free agent, unless they join a club during their registration. This player can also join a club as per 2.3.9(a)(vii).

(e)       A non-ranked (a new player who has never played in any individual or team competition) free agent player can join a club during any time during the Sports Season (2.3.9(a)(i)). If they have participated in any FISTF competition, rule 2.3.9 applies.

(g)       A Free Agent registered longer than 13 months (1 year plus 1 month) may join any club at any time, not just during the transfer period.

2.3.8  Rules for the players registered with a club which ceased activity

(a)       All players registered with a club which ceased its activity, change their status to “Free Agents” (2.3.7). These players can keep on playing all FISTF Individuals competitions during the season.

(b)       Registering with a new club shall still respect all rules under 2.3.9. Therefore a “Free Agent” cannot transfer during the season to play team competitions.

(c)       A team reserves the right to “release” a player from its list of players during the “Transfer Period” (2.3.9(a)(vii)). In this case, the team is obliged to inform the FISTF (through its MNA) accordingly. The “released” player is then automatically registered as a free agent.

2.3.9 Rules for the Transfer of a Player between two clubs

(a)       Players may transfer between two clubs subject to the following conditions:

(iii)     “National Transfer” is defined as the transfer of a player between 2 clubs of the same nationality as the player.

(iv)     An “International Transfer” is every transfer of a player when the former club or new club has a different nationality of the player.

(C) Once approved by the MNA of the player, the form is sent to FISTF for registration.

(vi)     There is no restriction on the number of players that can be transferred within the same MNA.

(vii)    “Transfer Period” is defined as the time period between the 1st of December and  31st of January for all nations, all regions, using Central European Time as the official date. Official date of the transfer is the date of email sent to FISTF, not the date of signature. All correspondence must be received BEFORE 31st January  as mentioned above.

(viii)   If a player wants to transfer to a new club for the following season, they shall submit FISTF Form F06 to FISTF during the Transfer Period (2.3.9(a)(vii)). No permission/signature from their existing club shall be needed.

(xi)     Players shall be enrolled anew each season.

(xiii)   Players may join a newly created club in the period outside of the Transfer Period if they are registered on Form F20 at the same time as Form F10 and Form F20 are submitted by the MNA to FISTF. This is the ‘Foundation Members’ rule. Players who later want to join this newly created club may only do so during the transfer period. New players (previously unregistered) may join at any time.

(a)       Foreign players are players who, at the time of the filing of the transfer request, have a different nationality to that of the club to which they are registered, or to which they request to be transferred.

(b)       A club may enrol as many foreign players as they want in a sports season or during a specific Teams competition, but only two foreign players registered with that club may be selected to play with the club team in the same match.

(d)       Players who are ‘foundation’ members of a club (in other words, were present or joined a newly created club and were included on the initial Form F10 of the club) are exempt from the FPR. However, ‘re-founding’ an existing club does not qualify. FISTF reserves the right to decide on the application for exemptions.

(e)       Players in youth categories who have a different nationality to parents in the same club are also exempt from the FPR.

(f)        Players who are permanent residents of the country in which their club is registered are also exempt. A copy of the Permanent Residency document must be provided to FISTF as proof.

(g)       Players who have resided on a full-time basis, for three years or more, in the country in which their club is registered, are also exempt. However, they must provide applicable legal documentation as proof of this. The Board of FISTF has the right to ask for full and detailed documentations before accepting this exemption.

(h)       Players who live within 50km of their club, even if it is in a different country, are also exempt (Border Rule).

(a)       Any registered player may apply for a “loan transfer” to transfer to club for a period not exceeding three months.

(b)       The “loan player” rule is designed for players who intend on spending a short period of time in a different country to their home nation, either for travels, work assignment or extended holiday.

(c)       A player can only ever be given one loan transfer during their playing career.

(d)       They must provide travel documents (transport and accommodation) to prove their domicile during the transfer loan period.

(e)       The loan player can only play for one club during the loan period.

(f)        A loan player can be granted the loan transfer outside of the normal transfer period.

(g)       At the end of the loan transfer period, the player reverts to their original club.

(h)       If the loan player wants to extend the transfer beyond the three months, it can only be approved during the regulation transfer period. (2.3.9(a)(vii))

(i)         The loan transfer cannot be used as a method to circumvent the normal transfer regulations.

(j)         The application for the loan shall be sent at least two months before the proposed loan transfer to FISTF Sports Director, signed by the player and the target club (Form F06A).

(k)       If there are no outstanding financial penalties on the player, the loan may be approved. The approval is up to the discretion of the Sports Director and/or the Board of Directors.

(l)         The period of the loan covers three months from the date of the first tournament at which the player participates.

(n)       If the player transfers to a club in a country other than their own, the player will be designated as a foreign player as defined in 2.3.10.

(a)       Formal contracts between a club and a player must be registered with FISTF in order to be accepted as valid.

(b)       From the moment the contract is registered, FISTF becomes the referee for every dispute about the referred contract.

(a)       Registration of the contract is free of charge and its details will be kept private between the parties.