The English Subbuteo Association (ESA) is committed to supporting the development of all Table Football and Subbuteo clubs in England.
After their successful initiative to support the creation of five new clubs last year, they have decided to do it again this year.
“Last year, for example, we provided playing equipment, including 12 Astro pitches, 6 sets of goals and 8 tables,” said Alan Lee.
“We found venues for club nights, some of them for free, and helped to promote the clubs and attract new members.
“We also supported the clubs to hold their first WASPA tournaments, where they were able to meet and play against players from other clubs.”
Alan said that last year they met five incredibly enthusiastic people, Corey Martin (Solent SC), Gerry Harrington (Haverhill Rovers TFC), Gavin Roper, (East Lancashire SC) , Kevin Cordell (Stanway Rovers Flickers SC) and Lee Fenton (Surrey Saracens SC), who each had the same great idea. 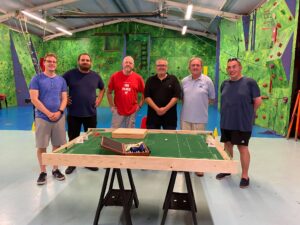 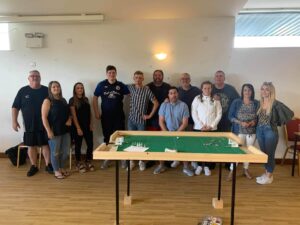 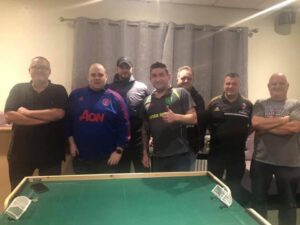 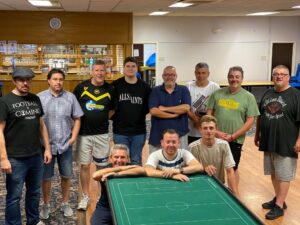 In just one year the ESA has established and grown their clubs and now have over 40 new players combined.
“We are proud to have been part of their journey and look forward to seeing their continued growth and success,” Alan said.
“This year we are looking for 5 new clubs to join our growing family around England.”
So if you love playing and have a passion and enthusiasm for the game – whether Table Football or Subbuteo – why not set up your own club.
“There’s loads of support and help available. If not, then why not join a club near you. It’s been great to see collectors and solo players getting involved more and more, as well as old players returning to the game,” said Alan.
You’ll meet likeminded people and you’ll have a great time!
Contact Alan Lee for more details.