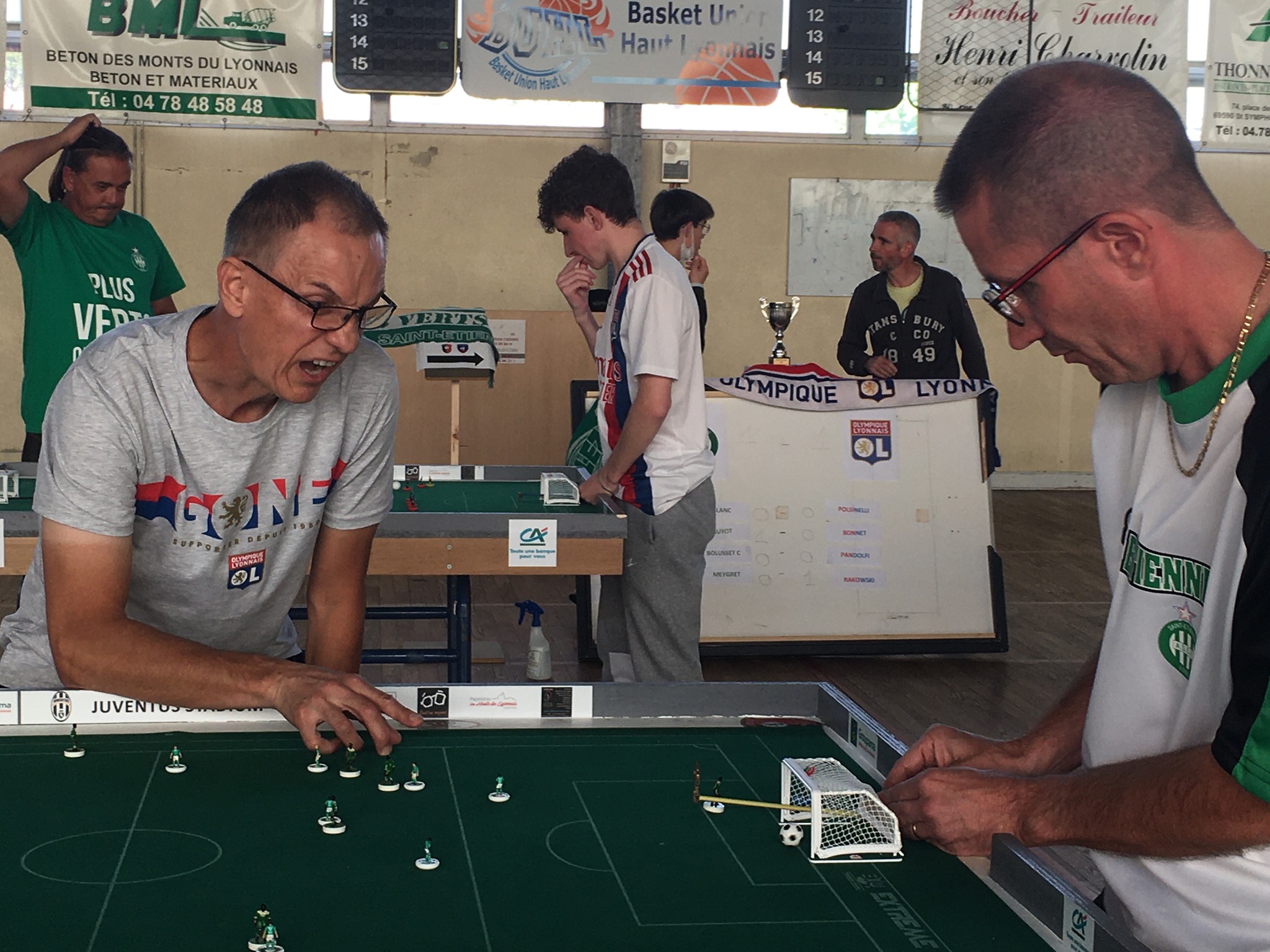 Four of the club members – Herve Rakowski, Denis Polsinelli, Cedric Pandolfi and Cyprien Bonnet — are all fans of Olympique Lyonnais, while the remainder of the club support St Etienne. 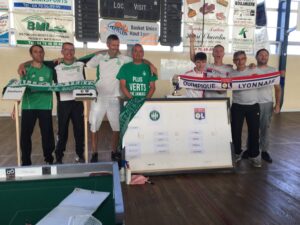 In a battle for honour, a team of the ASSE supporters, Mickael Blanc, Daniel Guyot, Cyril Bolusset, Laurent Meygret, and Julien Blanchon faced off with their clubmates. 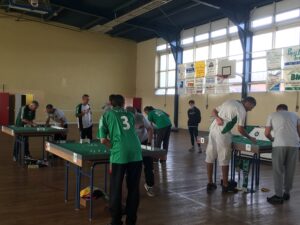 “There was a real tension, a real pressure, but always in a very good atmosphere,” said club organiser Julien Blanchon. 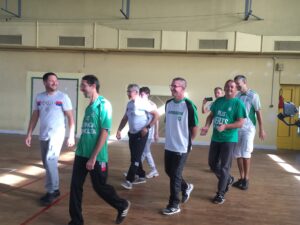 After leading 2-1 at halftime, the ASSE lads ended up cracking against the motivated Lyonnais to lose 3-1 — such is the drama of team events. 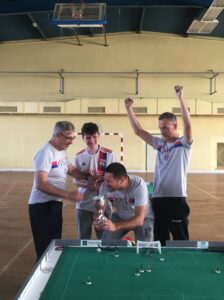 “A big thank you to our main sponsor (Agricultural Credit) for attending this derby, to the Mayor of St Symphorien for stopping by to say hi, as well as to Messrs Voute, Guillon and Breuil for all the reports and reports on Le Progrès newspaper from Lyon,” said Julien. 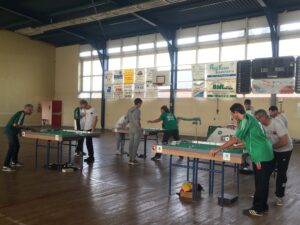 “And finally to BFM Lyon who did a tv report and will do a longer report on the club in the near future.” 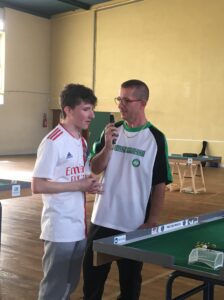 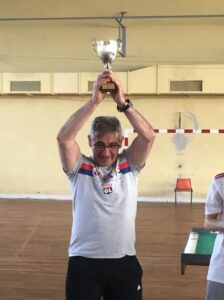 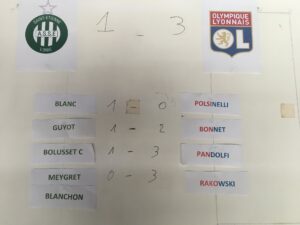