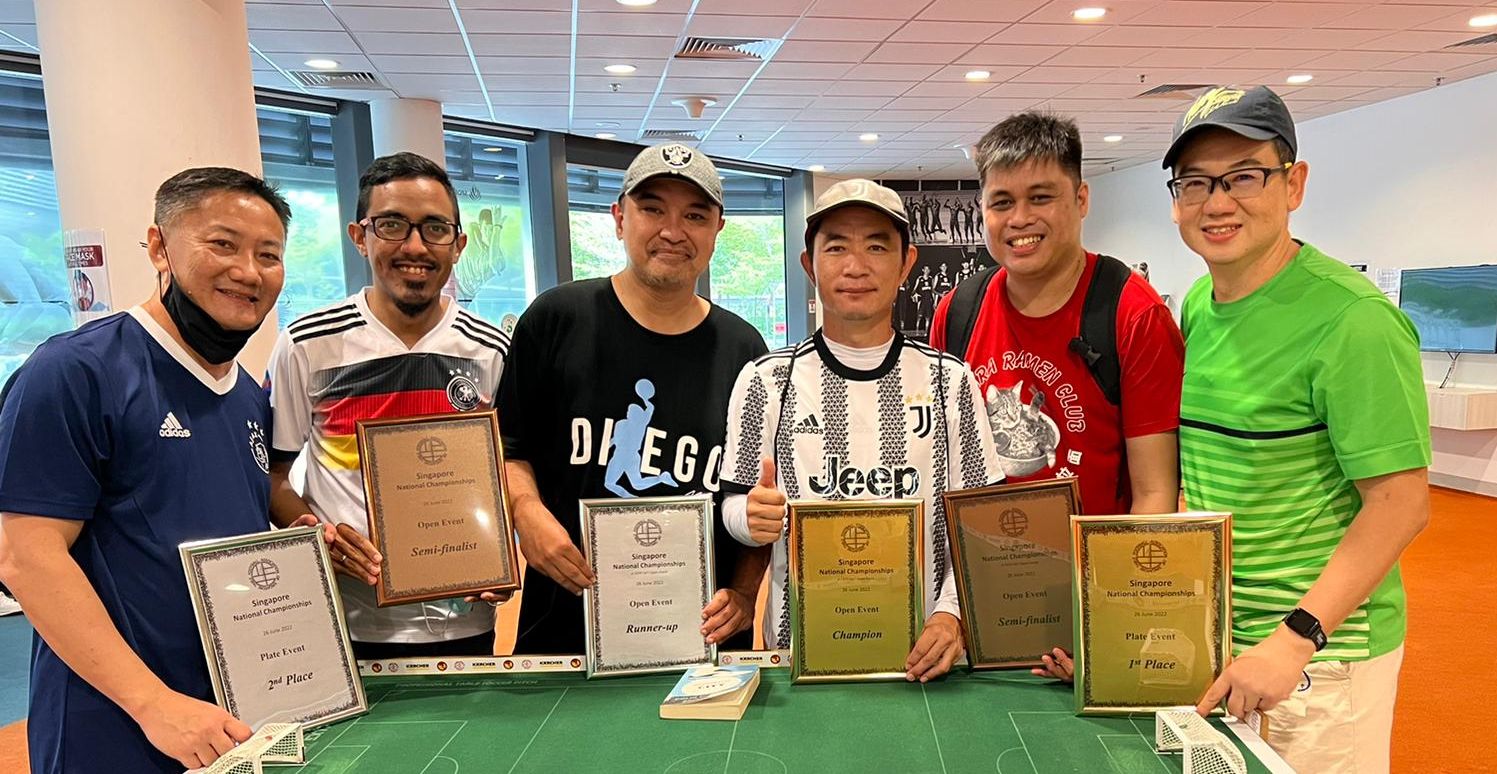 The Table Football Association of Singapore once again concluded with another weekend of flicking action with the completion of the National Championships Tournament on 25 Jun and 26 Jun 2022.
The 2 days of flicking fun started with a small nostalgic Subbuteo Challenge, in which only Subbuteo figures of the 1980s were used, complete with their accompanying plastic stick keepers. The small event brought back old memories as players tried to adjust to flicking the more wobbly figures on cereal bowl bases.
At the end of the swiss format of play, the veteran player of Vikas Chandiramani prevailed to take the crown, beating the rest with his experience and deft long touches and shooting prowess. 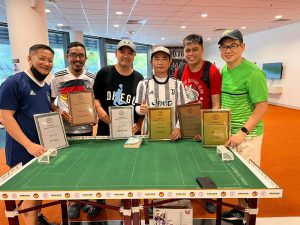 The 1st day was followed by a 2nd half of events, with a novelty Mixed team event, where more players joined in to form random teams to compete against each other. This ‘team event’ managed to bring back some players whom have not flicked for a while since the Covid pandemic, and it did served as a good warm-up for what’s to come the following day, the Individual Open Event.
On the 2nd day, it was the Individual Open Event, which would be the official FISTF event for this tournament.
As expected, it was another day of superb demonstration of all the player’s grit and determination to try outplay each other in the respective matches.
At the end of the day, Rudy Hesty (Jurong Central) and Michael Choong (SC Dragons Hong Kong) remained resilient in their earlier plays, and reached the grand final, after beating their semi-final challengers of Anas Rahamat (jurong Central) and Nic Tan (SC Dragons HK) respectively.
The Grand Final, was as expected, a very close tussle between the two players, with very technical play and countless deft touches. It was a game of the speed of Rudy versus the cool relaxed play of Michael. at the Final Whistle, coolness won the day and Michael clinched the Champion’s title with a couple of very well taken goals. 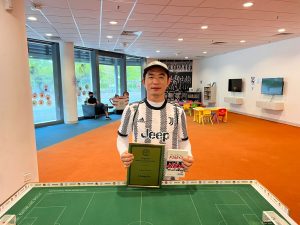 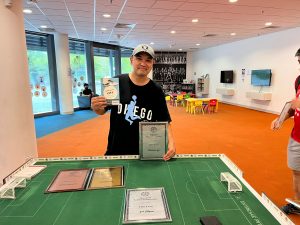 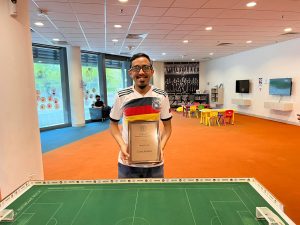 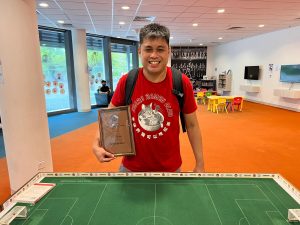 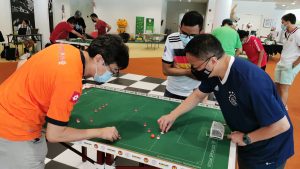 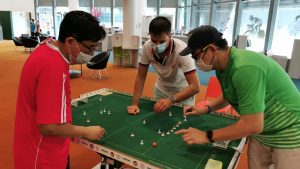