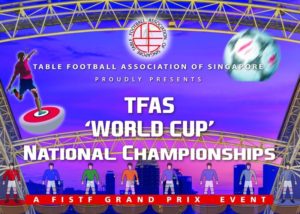 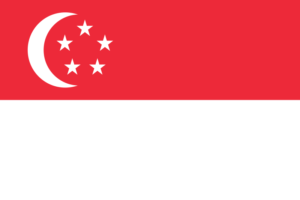 TFAS – The Table Football Association of Singapore is the governing  body of sports table football in Singapore. Singapore consists of  63 Islands

The Table Football Association of Singapore (TFAS) was formed in 2009. Since then, we have been actively promoting the sport of Table Football the to community of Singapore. Five years on, we have gained much grounds with the setting up of several playing sites and clubs across our small tropical island. Our main aim remains to build the sport to what its used to be in its glory days here, with hundreds, or even thousands of players flicking throughout the island.

3 Major Tournaments are held on a yearly basis (in March, June & December), together with many more smaller satellite tournaments in between. With these tournaments, we hope to better spread the awareness of the game.. and also welcome the players from anywhere in the world to join us.

TFAS, together with the other associations in Asia (ie: Indonesia, Malaysia, Japan, Australia, Hong Kong) hope to further expand the playing community in this part of the world and play a part in making Sports Table Football the most widely played table-top game-sport in the world!

The “SG Table Football Premier League” and “SG Table Football Junior League” was also setup to provide a continuous and competitive platform in which players can enjoy and improve their game. Into its 2nd year, we are proud and delighted that the players number have risen and we do foresee separate divisions of the Leagues forming soon.