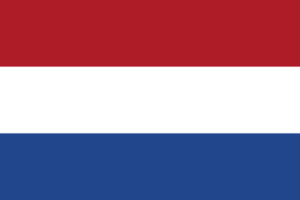 NSVB– Nederlandse Subbuteo Voetbal Bond is the governing body of Sport Table Football in the Netherlands. The netherlands is divided in 12 provinces. It is the second oldest sports table football (aka Subbuteo) association in the world after Belgium (FBFTS-BSTVB), created in 1949. Netherlands and Belgium, with Germany are the founding members of European Table Soccer Federation (ETF, later 1992-1993 ESTF). The Fistf Europa Cup in 1964 was won by Mr. Marius Schild (NED) beating Jean-Piere de Joncker (BEL) 4-1 in the final. The Tradition of NSVB is important for the entire history of Sports Table Football.

The first ever International match (between National Teams) was played in Bruxelles (BEL), dated  7th February 1960, between Belgium and the Netherlands. Belgium won! We are still seeking for result and players).  The foundation of an international Federation in Europe was in line. 1963 (1964) ETF was established.