Snow was falling outside but plenty of heat was being generated inside as ten teams competed in the Scottish GP Team Event.

In the end-up it was the top two seeds, Tiburones (Spain) and Royal 78 Kaisermuhlen (Austria) who met in the final.

The key results in this closely but fairly contested match were Antonio Montano’s and Daniel Scheen’s wins over Thomas Wittman and Christian Haas. 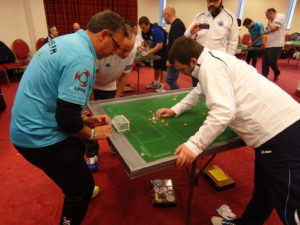 The final overall score was 2-1. 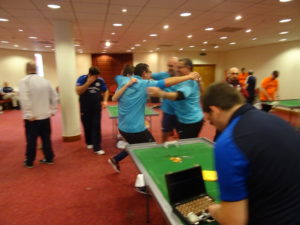 The Plate Consolation was won by Dundee United A Team. 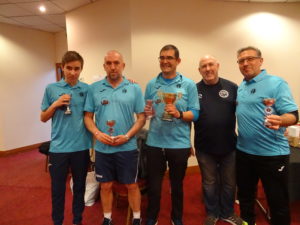