The SUBBUTEOscar was the Annual FISTF Awards from 2002 -2017. They were installed by FISTF in 2002 and presented during an 8 year spell at the Major Grand Prix of Mons in Belgium.
Paused between 2010-2012, the FISTF Board decided to recover them on a different format and they returned in 2013 at the World Cup in Madrid, Spain. For the season 2013/2014 the new sponsor was CBC Assurances (Belgium). Results of the 2016 awards are not known. Since 2017 FISTF had no committee to restructure the awards. FISTF has an Internet Voting Pole (F-IVP) regulation, which we shall use to vote on the Adolph-Keeling awards.
There are internal plans to do so and use historical and traditional names from sports table football, and re-branding the awards under “Adolph-Keeling Awards”.
Mr. William Lane Keeling, Newfooty Ltd, Liverpool, is the original genious inventor of the flicking game in 1929.
https://en.wikipedia.org/wiki/Newfooty
Mr. Peter Adolph, Subbutep Sports Games Ltd, Turnbridge Wells, created the iconic game with a fantastic marketing from 1947.
https://en.wikipedia.org/wiki/Subbuteo
These are the two historical men we shall honor with our awards. 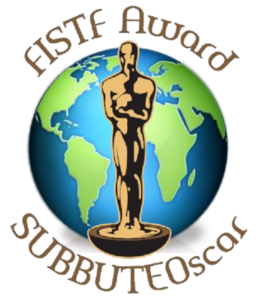 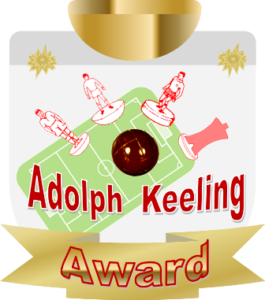