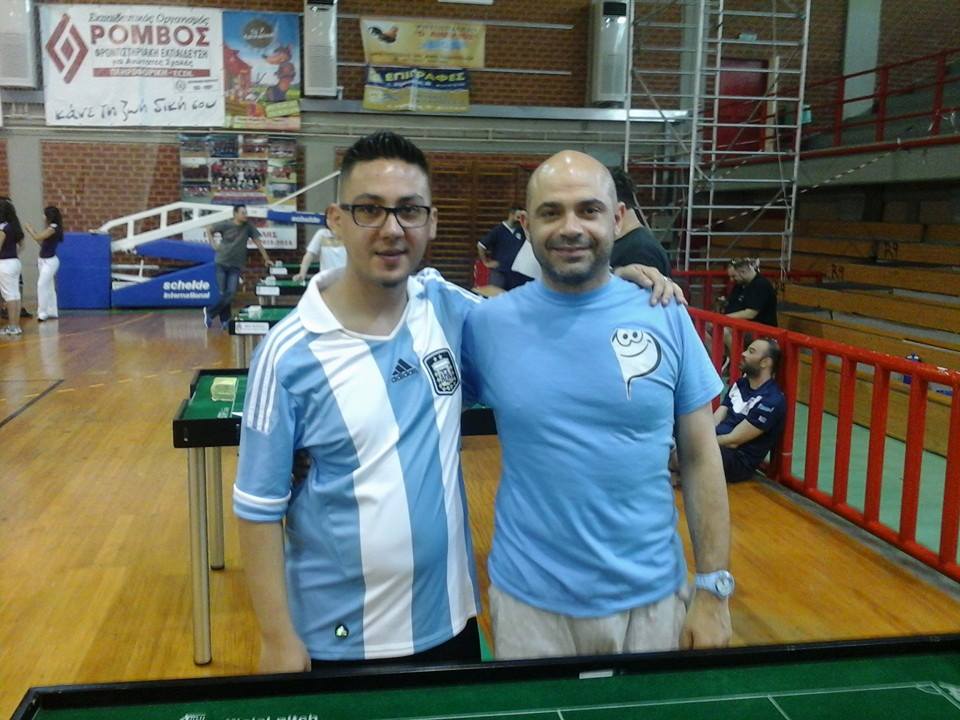 On June 21 and 22, the Athens Major took place in Ilioupoli sports hall. 97 different players took part in the individual categories. with the exception of three foreigners (Eddie Belloto, Josef and Mauro Camilleri) all the others are from Hellas.
In the open category (60), Giorgos Koutis (on the picture with Malta’s Josef Camilleri) was the winner. Nikos Beis reached the final. Kostas Seses and Spyros Hantzaras the semi-finalists
In the veterans (21) Periklis Dimopoulos was the winner, beating Lazaros Papakonstantinou in the final. Chris Aggelinas and Panagiotis Haratsis were the semi-finalists
we also had women category (6). Dionysia Koulosousa was the winner. Arkos Falelakis won both under 15 (9) and under 12 (6) categories. Both times he faced Vaggelis Kotrotsos in the final.
In the under 19 (6), Nikos haratsis was the winner.
Day 2 we had the team competition. 15 teams competed for the throphy. The home team of Roligans beat Falcons on goals in the final. Serenissima and Atlas reached the semi-finals.