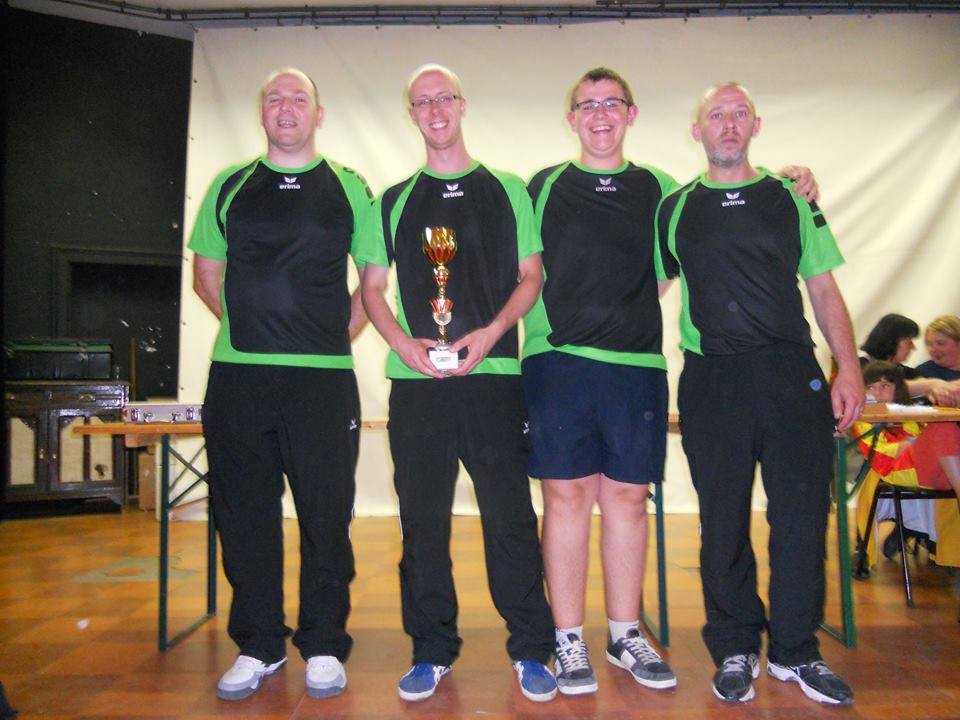 59 players and 10 teams attended the Open of Eugies (Belgium) last week-end. There were good games in the team event. After the group stage (two groups of five), Verviers-Herve and AS Hennuyer qualified for the final. The decison came on goal-difference. AS Hennuyer (picture) scored 8 goals to 7 in a close final (2-2) to catch the trophy. In the Open section, the 2 top seeds reached the final. Christophe Dheur beat Sami Targui (3-2) to win the title. Nathan Dizier had no mercy to beat Anthony Carion (8-0) in the U19 final. Martin Antoine won the U15 category after beating the new world number one, Théo Modeste (France) in the final. Frank Lannoy took the honors in the veterans while the other winners were Mélanie Falcone (Ladies) and Corentin Bouchez (U12).