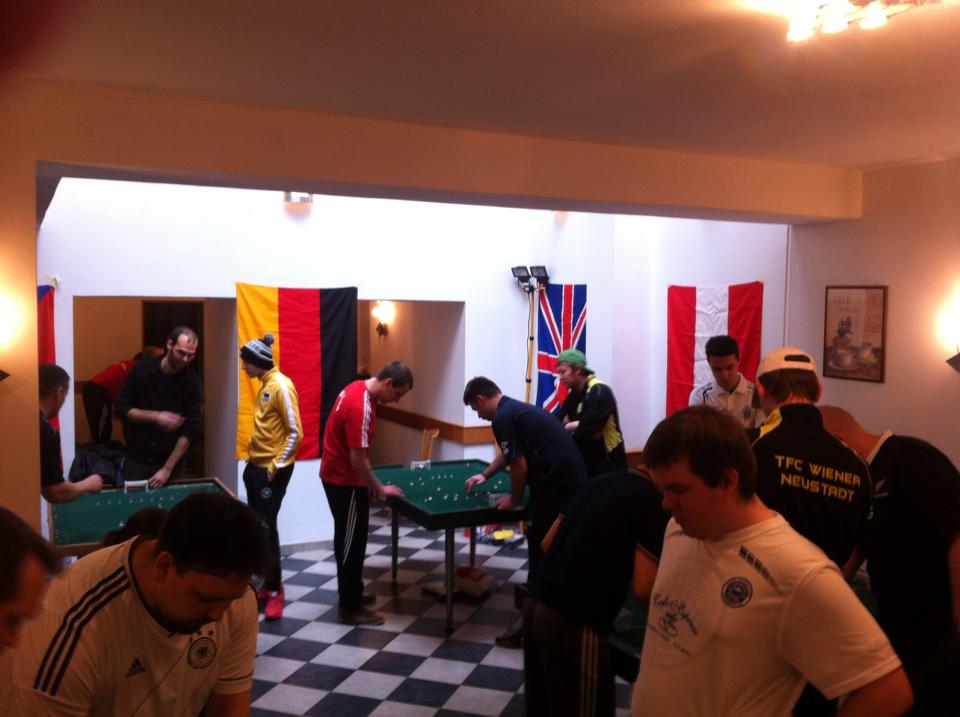 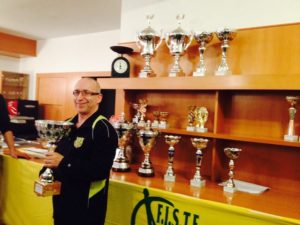 The Open of Prague is taking place this week-end and this is the first event in Czech Republic for many years. On saturday, 22 players competed in the Open category. Germany’s Bjorn Kegenbein beat Austria’s Christian Haas in the final (4-1). Thomas wittmann and Alexander Haas were the semi-finalists. 22 players competed in the veterans section and this time it was an all-austrian final between Günther Bamberzky (picture) and Stefan Sandner (2-1). The other individual winners were Elliott Bellefontaine (U19), Alwin Krause (U15) and Victoria Büsing (Ladies). Robert Green (Australia) won the consolation tournament played under WASPA banner. 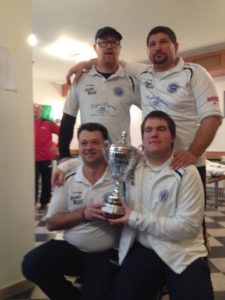 On sunday eight teams attended the interclubs. After the group stage, Austrian teams qualified for the final. TSC Royal 78 defeated Sparta Spreeathen (Germany) while TFC Wiener Neustadt beat TSG Rain, also from Germany. The final was close but finally TSC Royal (picture) won the game on a small score (1-0) to win the title.

Congratulations to those who made possible to have a Subbuteo tournament in Czech Republic.