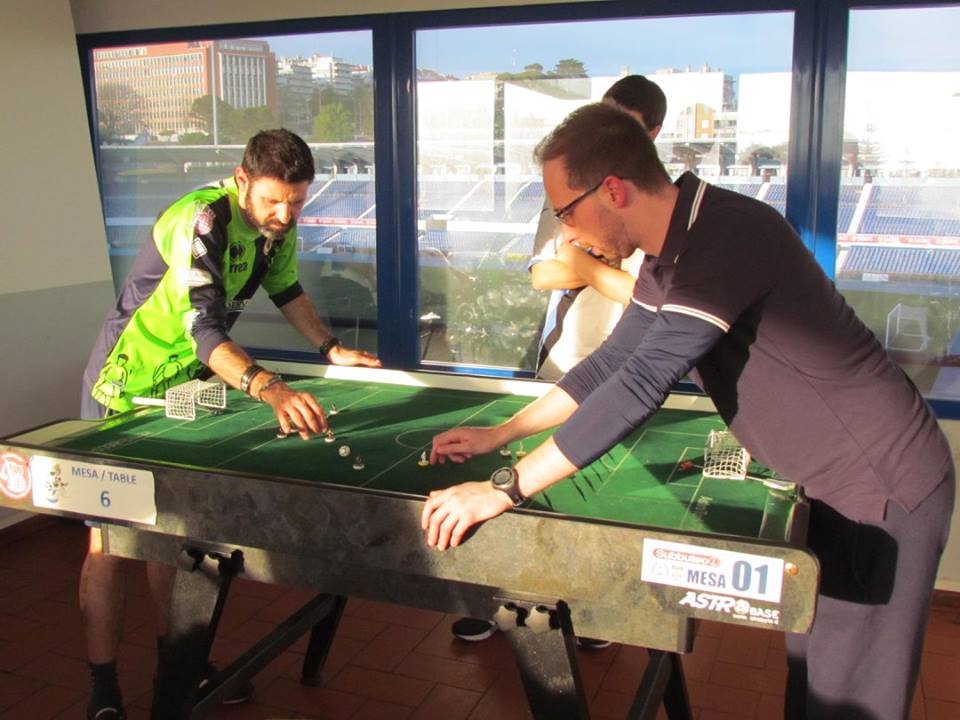 This week-end the city of Lisbon hosted a great international grand prix of Portugal with players coming from several european countries and a fantastic venue in a beautiful football stadium. 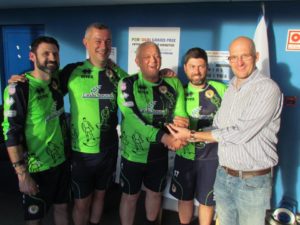 The team event was played on saturday and 9 teams were competing. The Spanish side of Tiburones defeated the Italians of Bologna Tigers Subbuteo picture) in a close final (2-1) to claim the title. Individual categories were played on sunday. Sergio Loureiro (Falcons Athens) defeated clubmate Raul Benite in the open final while Belgium’s Sébastien Scheen and home player Ruben Português were the semi-finalists. David Gonzalez took the U19 trophy, Gil Afonso was the best U15 and Diogo Pereira won the U12 tournament. The veterans tournament was interesting as well with 22 entries. 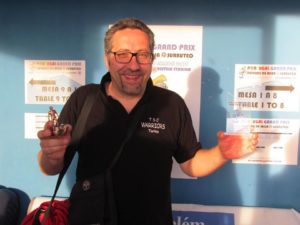 Italy’s Paolo Finardi (picture) was in a perfect day as he beat top seed António Montano in the group stage and later beat João Rodrigues, Riccardo Marinucci and Nuno Noronha in the final to claim the title. From every player’s point of view, it was an excellent tournament. Congratulations to the organizers.