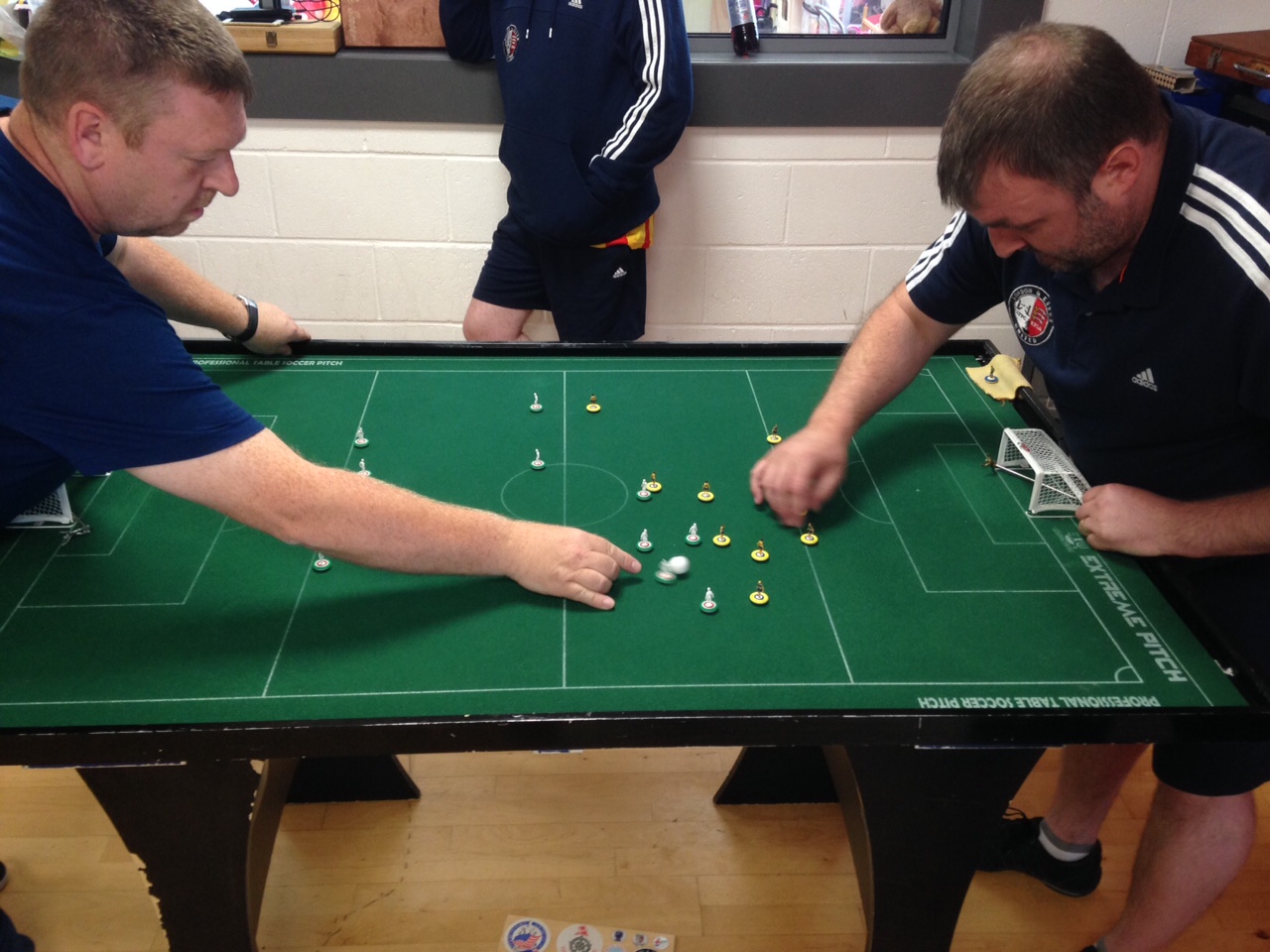 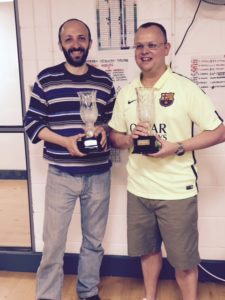 There was a fantastic couple of days play at the ESA Satellite Weekender in Enderby. With Individuals each day, there was a lot of action, drama and good spirited play from everyone. 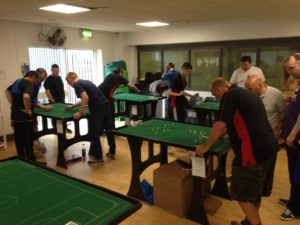 The Junior categories saw Christopher Bowen edge out Kye Arnold 3-1 in an all Kent Under 19’s final whilst Kent’s Thomas Price beat Yorkshire’s Dylan Price 3-0 in the Under 15’s. To round up the Saturday play, it was Yorkshire’s Abbie Staples winning the Under 12’s final with a 2-0 win over Kent’s Sam Kelly. 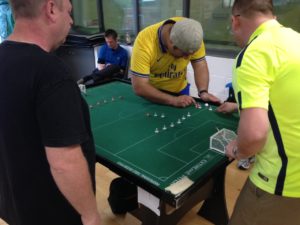 Sunday was another good day of play as Luca Martinelli did the double, this time beating London’s Colin ‘Taz’ Tarry in the Open Final by a 4-1 scoreline. The Veterans final was won by London’s Dave Pawsey with a 3-1 victory over Yorkshire’s Brian Daley.

The Junior categories all went to Golden-Goal as the Under 19’s was again an all Kent affair as Kye Arnold beat Joseph Kinrade 2-1 in extra time. Joseph however did win the Under 15’s final over his team mate, Thomas Price with an extra time 1-0 win and last but not least, London’s David Peterschinigg just beat Kent’s Sam Kelly 3-2 in the Under 12’s.