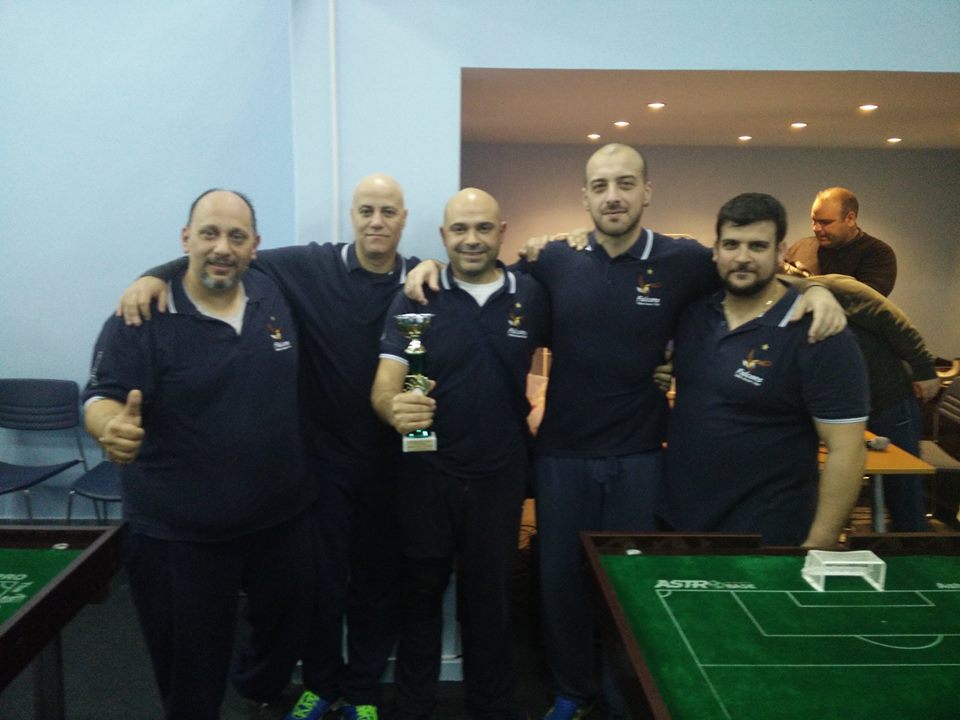 During the week-end of February 13 & 14, a FISTF International Open took place in Athens. On saturday 16 teams competed to win the team event and it was another broke, record for organizers. The guys of Falcons TSC defeateds Olympia in the final. proteas and Athinaikos reached the semis.
On sunday 80 players competed in four incididual categories. In the Open Pappas beat Ppakonstantinou in the final.
In the veterans Kapsambelis took the best on Drazinakis in the final.
Irini Patrikiou won the ladies section after a final won on shots against Papanikolaou.
Finally, the winner of the U15 section was Sourlas. He won the final against Vlassopoulos.