There was plenty of action across the globe in FISTF events over the weekend.

In the Grand Prix of Italy in Milan, victory went to Luca Battista in the Open category, while Gerardo Patruno took the Veterans event. 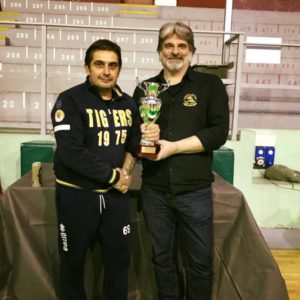 Gerardo Patruno (Veterans) presented with the trophy by Gianluca Galeazzi.

In the other categories, Paola Forlani claimed the ladies’ crown, while Francesco Borgo won the U15, and Lorenzo Fricano took the U12.

In the U19, Malta’s Jurgen Balzan staged a sensational comeback, after being 0-3 down to beat Theo Modeste 6-3 to take the crown. 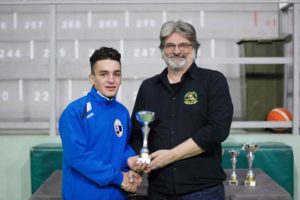 Jurgen Balzan (U19) presented with the trophy by Gianluca Galeazzi.

In the teams event, Fianne Azzurre claimed the title, bearing Rochefort 3-0 in the final.

Across the world, Ouabi Rouis stamped his dominance in Singapore, with a victory in the Merlion Cup, a FISTF International Open. 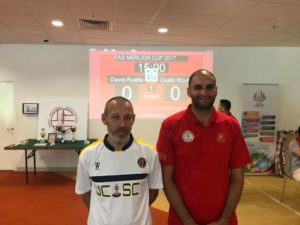 It was his 5th tournament win in a row, but only after a thrilling 1-0 victory against David Ruelle. Both are from the Jurong Central Subbuteo Club. 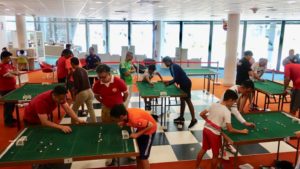 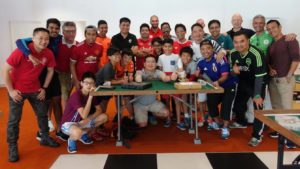