Sergio Ramos of Portugal and the Bologna Tigers claimed victory in the Open category of the GP of Scotland, beating England’s Chris Thomas (The Glide, Slide, Chip & Dip Club) with a ‘golden goal’ after they had drawn 1-1. 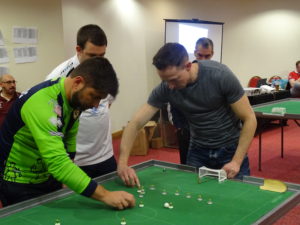 Sergio (green) against Chris in the Open final 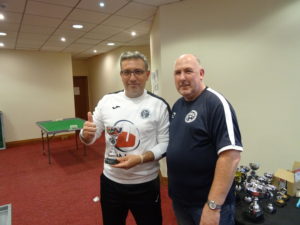 Daniel’s son, Noé (Stembert)  was successful in the Under 19 but he had to go to shots to beat England’s Thomas Price (Kent Invicta). 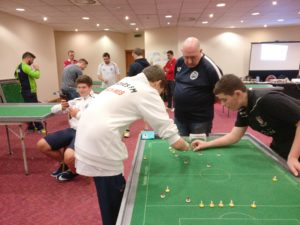 Thomas, however, had the consolation of the Under 15 trophy with victory over countrywoman Ruby Mathews (Manchester TFC).