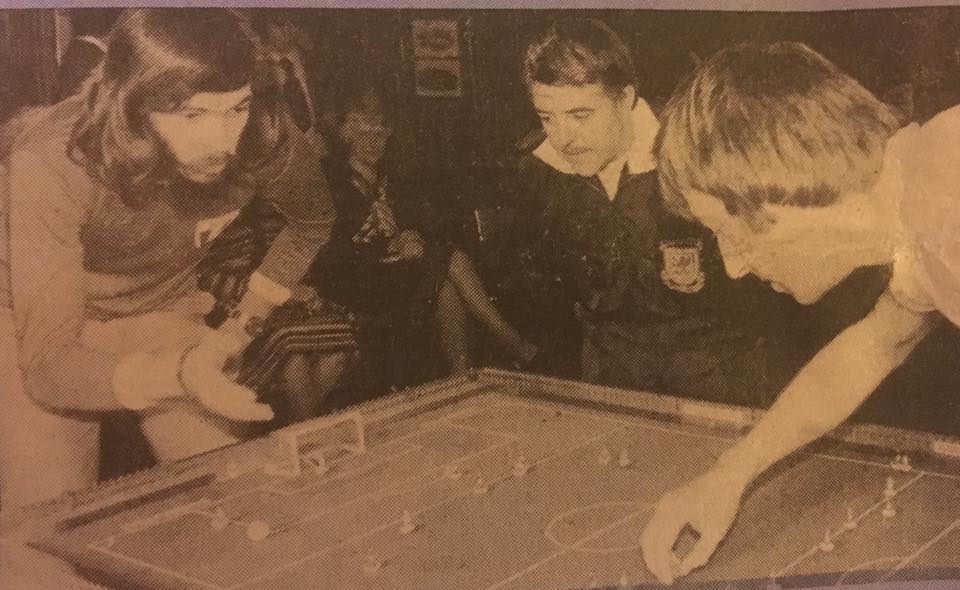 The world Subbuteo table football community was saddened to hear of the passing of Mike Thomas of Wales.
Mike was one of that rare breed of selfless individuals who gave his time to the sport he adored to hundreds of youngsters in Wales in his role as WSA national organiser right through from the 1960s till his retirement.
Former Subbuteo Product Manager and global sports organiser Trevor Spencer remembers Mike as “a stickler for the rules, frequently wearing his refs kit for tournaments, and fiercely defensive of his country.” 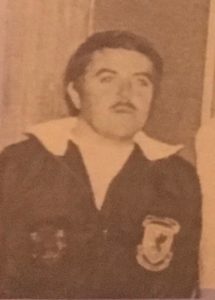 “He made my life interesting,” said Trevor. “Without the devotion and support of people like Mike Thomas, Subbuteo could not have evolved from a children’s game into the world wide sport that it became.” 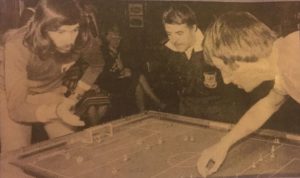 Mike played for his beloved Wales at the first Subbuteo World Cup at the Savoy Hotel in London and was also the referee for the 1974 World Cup final in Munich between the Netherlands’ Dick Rietveld and England’s Mike Dent. 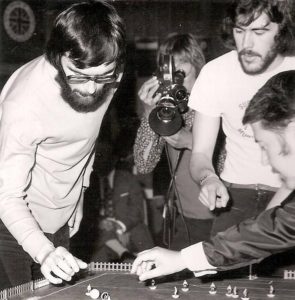 Colin Lewis, President of the Welsh Sports Table Football Association, said Mike was a foundation for the game in Wales.
“As a kid starting to learn the game he had plenty of time for everyone,” he said. “He took time out to try and teach every new player that came to the club. Himself and John Lauder are responsible over the years for bringing through some very good players from Wales and without them, Wales wouldn’t of kept going,” Colin added.

Paul Lloyd, currently managing the UK and Ireland Subbuteo League, said he remembered Mike vividly. “I grew up in North Wales and was a big Subbuteo player/organiser there. Mike was National Organiser back then. He helped set up Clubs and encouraged me and others to play the game to a high level,” said Paul.

“One thing though was he had a terrible memory for names of places. He once arranged a meet up at The Crest Hotel in Wrexham. We showed up, but he was at the Castle Hotel.”

Former Wales and now Australian player Carl Young had several run ins with Mike over the years. “However, if he hadn’t run Cardiff Subbuteo Club that I joined, I’d never fallen in love with the game, learnt about the Subbuteo world and enjoyed all these experiences,” Carl said from Melbourne.

“It ultimately led me here, to Australia. In many ways I owe him a lot. I’ll always be thankful for him introducing me to competitive Subbuteo and the friendships it led to.” Similar sentiments were expressed by Welsh player Cayne Matthews and England Subbuteo Association General Manager Brian Daley. “He was always a gentleman, and was a big part of Welsh Subbuteo.”

José C. Guerrero, Subbuteo Brand Manager, also passed on his thoughts from the company. “Subbuteo expresses its condolences for the passing of one of the great figures of the game,” he said from Spain.

John Lauder, Secretary of the WSTFA, said Mike was an integral part of the history of our sport. “I had only seen him twice in the last 30 years. We invited him to Sophia Gardens for the Cardiff GP a few years ago to present the trophies. He was an icon of the game and will be remembered.”

FISTF President Steve Dettre passed the condolences of the international federation to Mike’s family. “It is important that the efforts of people like Mike are acknowledged in building the foundations of our sport.”