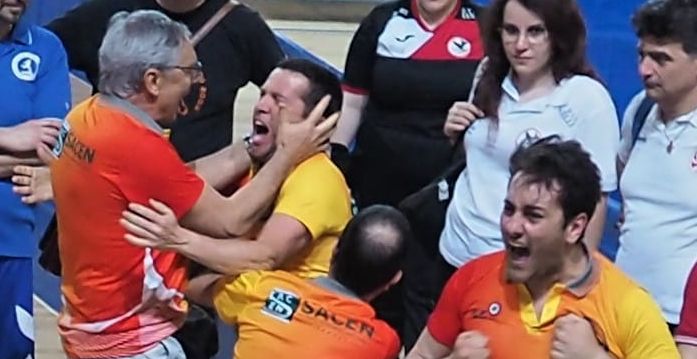 The Napoli Fighters claimed a sensational victory at the Italian Major – Bologna, winning the final against TSC Falcons Athens 2-1 to take their first Major title.
But the real drama came in the semi final when they were locked 2-2 (10-10) against Reggio Emilia at the end of normal time across the four tables.
In a dramatic twist, Massimo Cremona (MLT) scored against Massimiliano Nastasi (ITA), and although he lost 4-3, that third goal was enough to edge Napoli across the line. 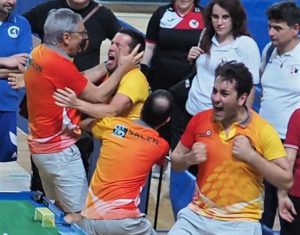 Cremona scores in sudden death to help his team win their semifinal. 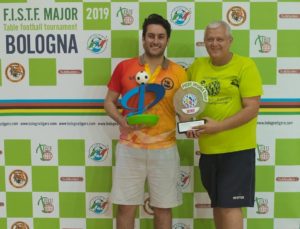 Other winners on a superb weekend were: 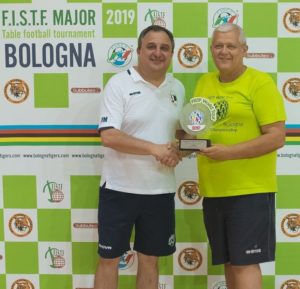 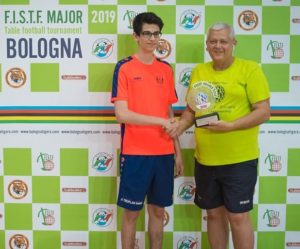 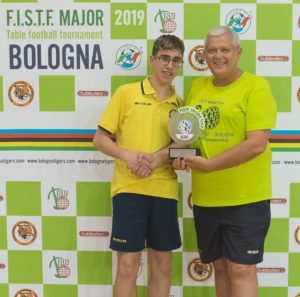 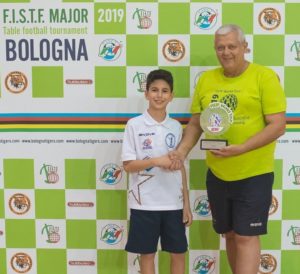 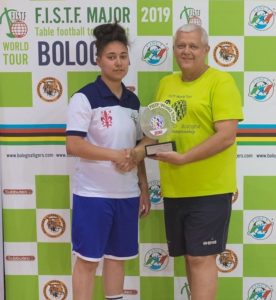 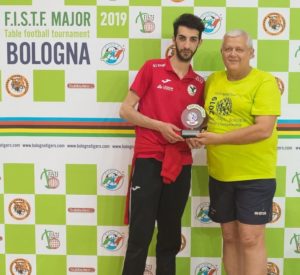 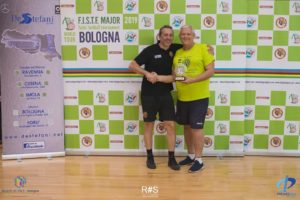 Many thanks to the Bologna Tigers and the incomparable Riccardo Marinucci.