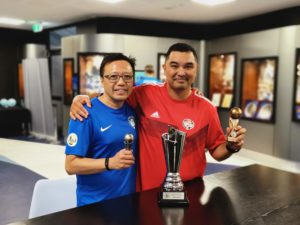 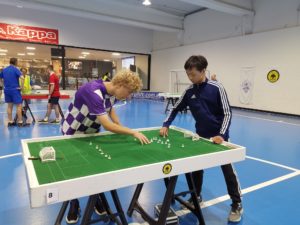 Torben Pfister (left) against Benjamin Ng in U19 tournament

In the teams event, Melbourne TFC won a stunning final against Jurong Central with a spectacular sudden death victory.

With the team scores locked at 2-2, Jurong looked headed for victory with an 8-7 goal advantage, until Carl Young (Melbourne) scored with seconds left on the clock against Vikas Chandiramani to take the match to extra time.

Then, three minutes into the sudden death period, Benji Batten scored the crucial goal to secure his team victory. 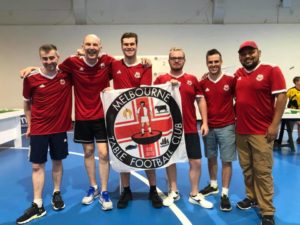