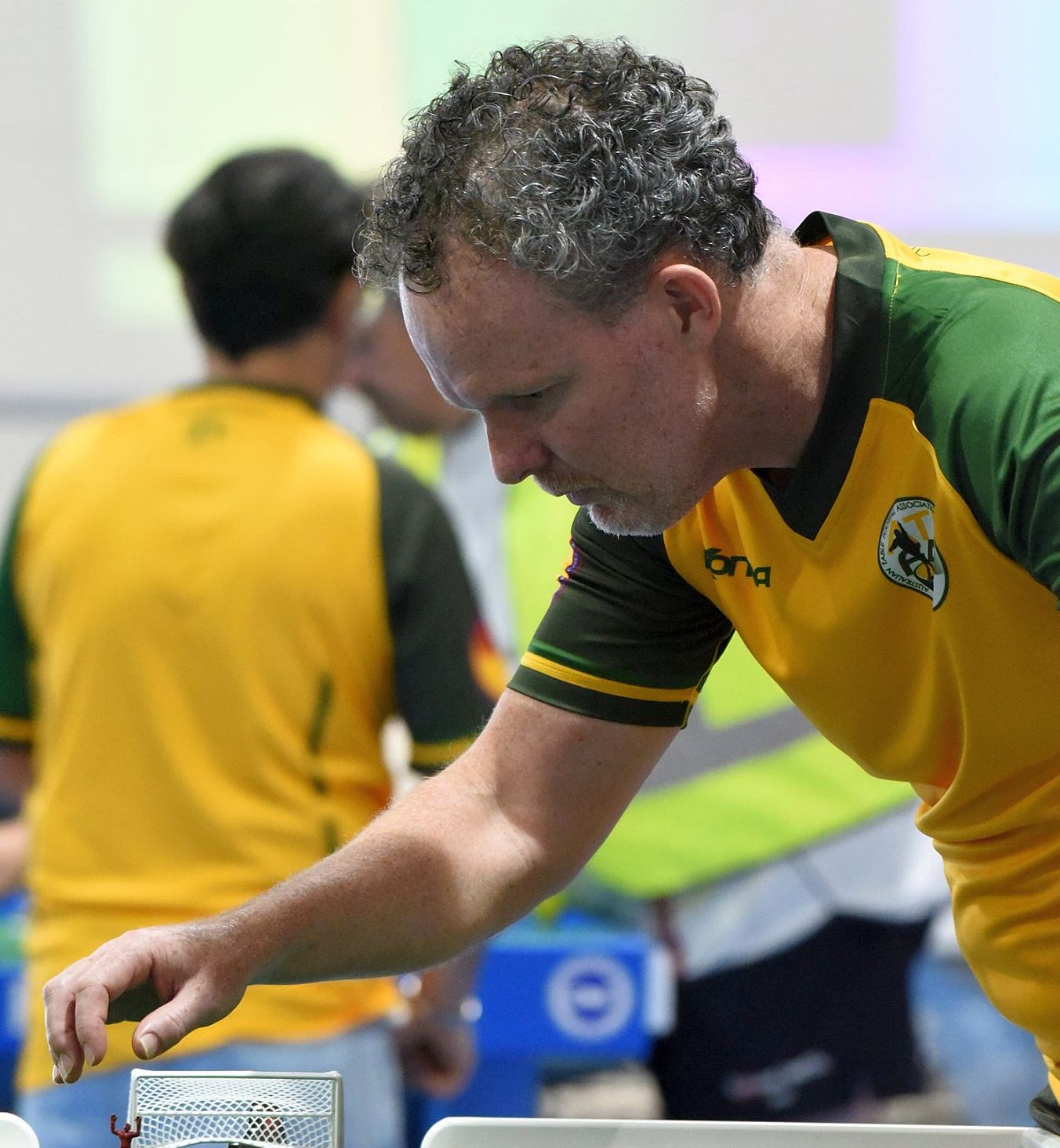 FISTF has a new board member, with the nomination of Adrian Connolly onto the board as the representative of the Asian Confederation (CASTFA).
Adrian replaces our dear friend Tan Kok Wee of Singapore, who has been a board member since December 2017. Kok Wee was always a source of considered observations, and put forward strong views on a number of topics, both in defence of the Asian region and sports table football globally. We thank him for his work over the years. 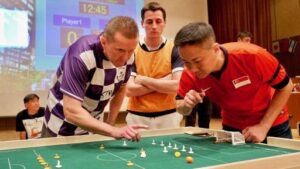 Kok Wee playing Rob Green at the Asian Cup in Tokyo, with Cedric Garnier as ref.

Adrian joins the board courtesy of the FISTF Statutes which relate to the Confederation representatives:
12.4 … Confederation Vice-Presidents, which may be added to the Board of Directors automatically, following their Confederation nominations. This can be done by vote system or rotation system.
CASTFA currently rotates the chairmanship among the three main nations of Singapore, Japan and Australia. The CASTFA Board rotated to Adrian for the next four years.

We asked Adrian for some background on his involvement in the sport.

“I started playing Table Football in the early 1980s when I received a Subbuteo Club Edition for Christmas as a child. I instantly loved the game. Being isolated in Tasmania from others playing the game beyond those in my immediate family, I discovered more about the national scene and the international competitive sport through correspondence with Australian Table Football legend Gary Hosie and current FISTF President Steve Dettre when I was sourcing more Subbuteo sets to feed my obsession.
“My interest went to another level after seeing footage of Willy Hoffman vs Gary Hosie during the World Champion’s tour of Australia in 1988.
“In the early 90s I stopped playing the game when I commenced studies at University. 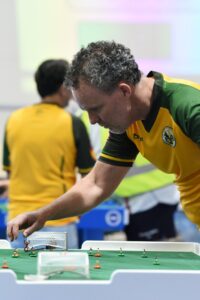 Adrian at the Asian Cup in Melbourne

“I re-embraced Table Football in 2015, largely thanks to social media helping to establish links to other players in Melbourne where I now live. I was amazed by the difference in the modern playing figures. Whilst I understand the nostalgia many have for the old figures, I enjoy playing the modern game. I’ve made many more friends who share a love for Table Football.
“I feel that it is that sense of community and friendship which ultimately draws people into the sport in either a social or competitive capacity.
“Competing in and helping to organise the 2018 Asian Cup of Table Football in Melbourne remains a highlight of my time in Table Football. I’ve also been fortunate enough to have played across Australia, New Zealand and even in Belgium at the club rooms of WASPA organiser Vincent Coppenolle’s club.
“It’s always great to meet new people who share a love for this great game of ours, to have some fun, and to learn from competing against them…. after all they do say you learn more from losing than winning!
“One day I’d love to get to see first hand a FISTF World Cup and some of the large events in Europe. 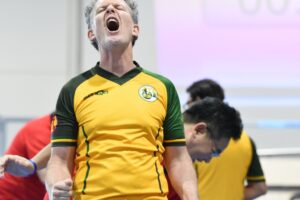 A photo paints a thousand words!

“We strive to replicate the same scale and quality of these events in Asia.
“Through my role as the President of the Australian Table Football Association (ATFA) and now as a FISTF Vice President representing the Confederation of Asian Sports Table Football Associations (CASTFA) I will always do what I see as in the best interests of the sport and the players within it.”
FISTF