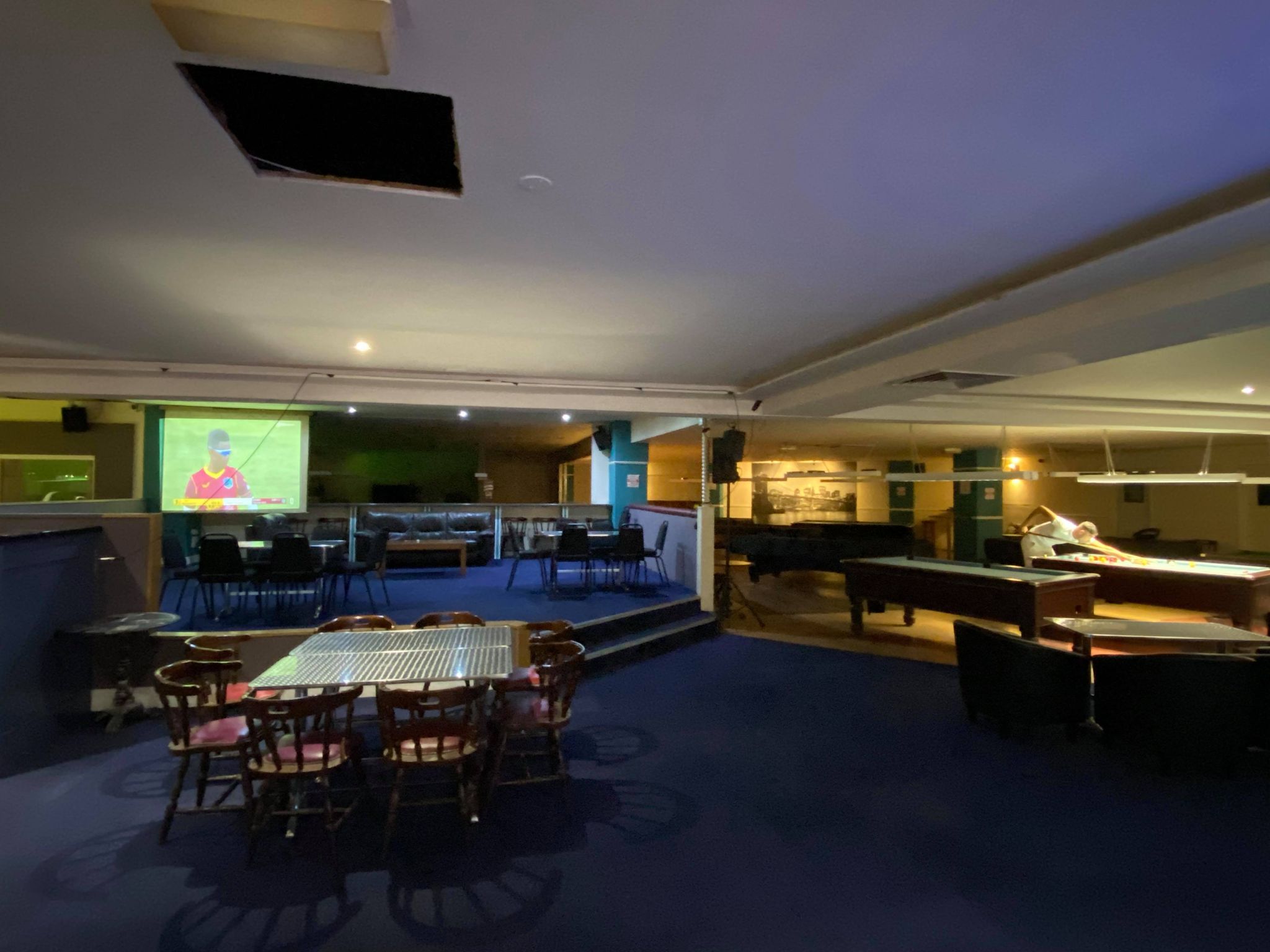 An exciting UK team event is planned for November, with club teams from England, Scotland, Wales, and now Gibraltar.
English Subbuteo Association Vice Chairman Alan Lee also said it was hoped teams from the Irish Associations would also commit.
“The league has been two years in the making,” Alan said. 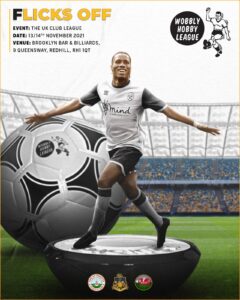 “We have cancelled twice because of COVID-19. When I returned to the game, the club and tournament activity in England was minimal,” he said.
“Initially we supported the set up of five new clubs. The next step in the plan was to create a National League, similar to the Italian model, where clubs and people could meet, play and share their passion.”
He said a lot had changed in the past two years, and the UK idea has evolved due to the stop-start travel restrictions in Europe, making it difficult for players to travel outside of the UK. 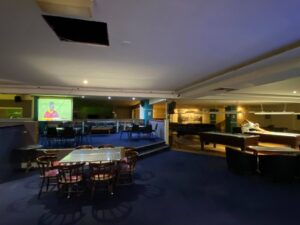 The venue in Redhill has plenty of space

“The ESA is now working closely with the Scottish and Welsh Associations to coordinate events with the ultimate aim of creating a UK tournament circuit. The Irish Associations have also been involved in discussions and we hope they will be able to fully commit soon to the plans.”
Alan said they have targeted all UK clubs to participate. There are 17 recognised FISTF Clubs in the UK and he said he was pleased to say, at the time of writing, 13 have committed to the event.
“We are hopeful the other 4 will join us soon.” 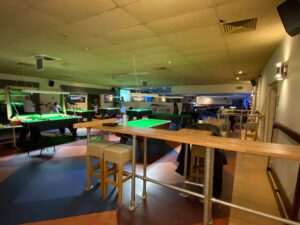 The sports and pool bar will cater for up to 24 tables. 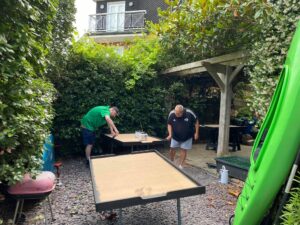 “We’re talking with four more clubs — Solent SC, Glasgow TSA, Derry City TFC and Yorkshire Phoenix TFC.”
Alan said the tournament would be held over a full weekend.
It will be hosted by Surrey Saracens SC at their new venue in Redhill, south of London.
“The venue is a large Sports and Pool Bar and we have room for 20 to 24 Tables,” Alan said.
“The event will be played to FISTF rules but will be non-FISTF in terms of player selection. This will allow players who play for overseas based clubs to participate. Most will be playing for their local clubs, which is great news for all.”
Alan said the event is sponsored by the Wobbly Hobby Shop. https://wobblyhobbyshop.com
“Our hope is to gain more sponsorship for year two and to have even more clubs playing in the event,” he said.
“There are also plans to run an Old Rules Tournament alongside. There are many Old Rules Clubs in the UK and it is the vision of the ESA to unite all forms of the game.”