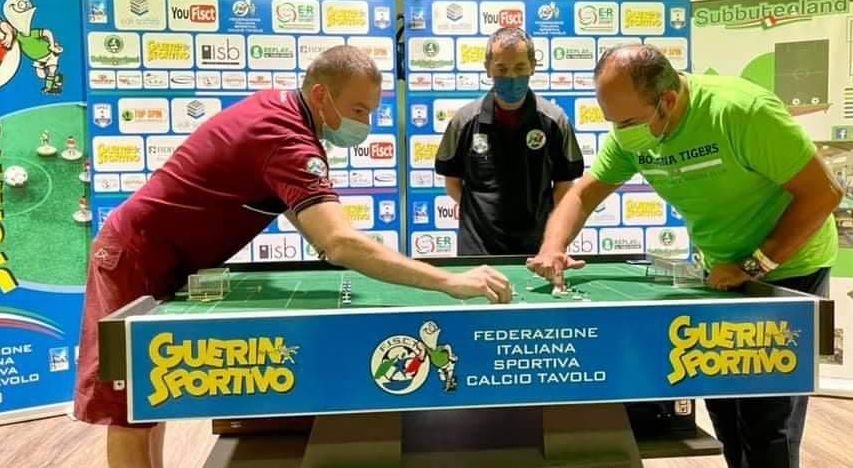 Belgium’s Sebastian Scheen wrote himself into the history books when he won the 19th edition of Guerin Subbuteo, a famous tournament sponsored by the classic Italian sports magazine Guerin Sportivo. 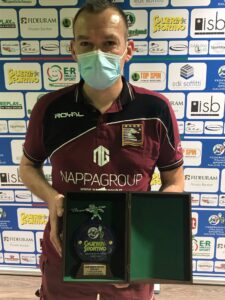 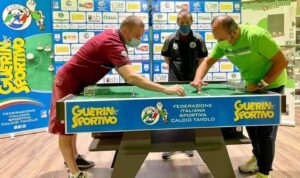 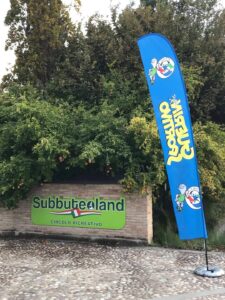 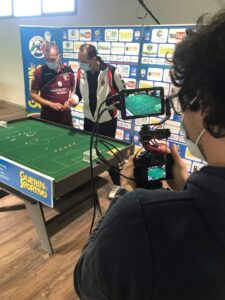 In the ‘silver category’, Stefano Pacitti (SC L’Aquila) beat Stefano Montefiori (Papata Group Ponticino) 2-1.
The event was the 19th edition of Guerin Subbuteo, but 26 years since the last edition which was famous within the Italian Subbuteo community. 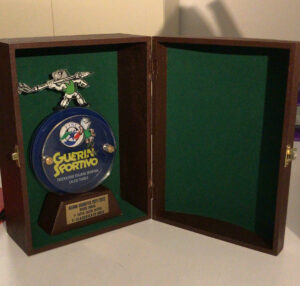 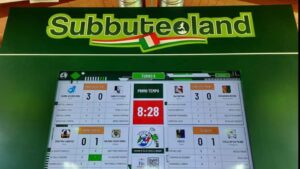 Guerin Sportivo is  the oldest sport magazine in the world.  The title and the logo depicts a medieval knight throwing a javelin.
The other titles on the weekend were the Guerino Team Gold won by the Fiamme Azzurre Roma, beating Stella Artois Milano 2-0. 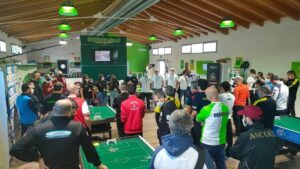 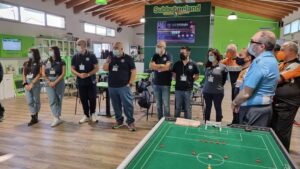 Martin Maioli (Subbito Gol Ferrara) took both the Under 12 and U16 titles.
FISCT TV ensured 18 hours of live streaming on the Eleven Sports platform. Videos can be watched here: https://www.youtube.com/channel/UCMhzI1ovAYdsnfTWdTXkDxw
At the end of the month a Traditional Subbuteo event will be staged, again at Subbuteoland. 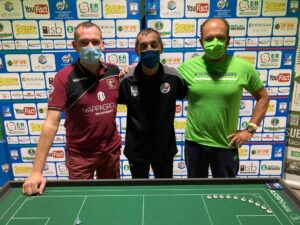 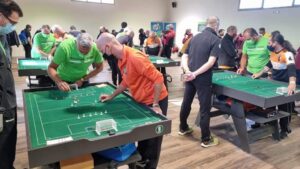