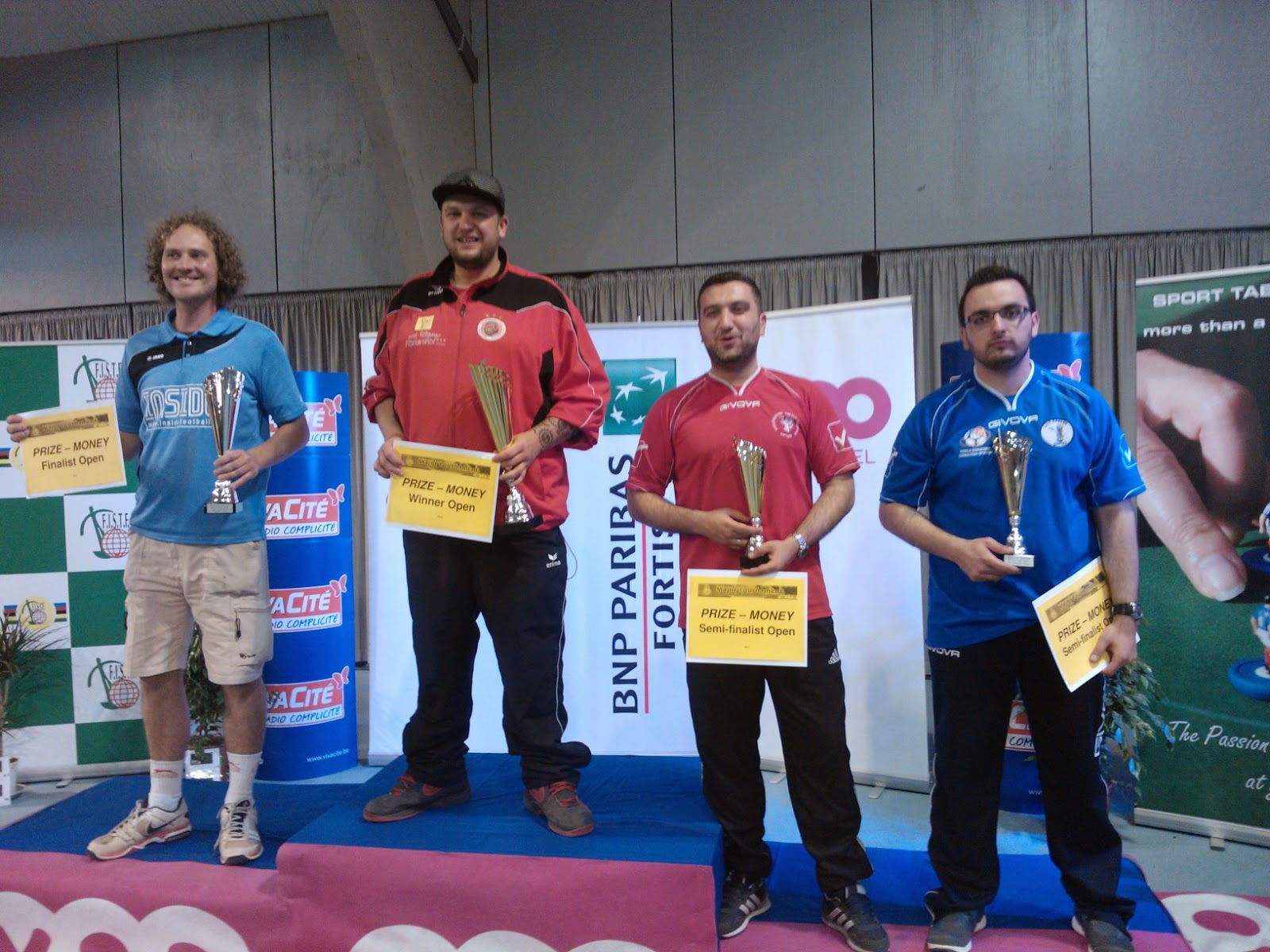 The FISTF Major of Stembert took place this week-end with a good file of more than 150 players. The Open tournament had 69 entries and many interesting games with four players of the home nation against four top foreign players (Leitner, Rouis, Benita and Donval). Wolfgang Leitner (Austria/Mattersburg) took the honors after beating Gil Delogne in the final in sudden death (1-0) while Bessim Golger and Sami Targui lost in the semis. Alain Jadot was the surprising winner of the veterans after beating Karl-Heinz Haider on shots in the semi and Fabio Belloni in sudden death in the final. Lydie Pinchart had a great day in the ladies section as she defeated Emilie Despretz in the final. Margault Delval helped the ASH team to put three girls in the semis while Victoria Büsing from Germany was the other semi-finalist. In the U19 section, Marcel Kwiatkowski came on top of a group of 7 but he lost in the final against David Vantassel. Nicola Borgo frm italy beat Theo Modeste from France to win the U15 tournament. In the same time, it was the clash of the titans in the U12 category with Noé Scheen beating Marios Strommer during the sudden death of the final.

The team event of the saturday had a good strarting list of 28 teams but despite the good performances of the Belgian teams, only SC Stembert managed to reach the semis with thre italian clubs. In the final 4, the Bologna Tigers beat Stembert by a close 2-1 while Perugia beat Sanremo (1-0). the final was an italian affair but Perugia took the honors by beating Bologna (2-0) with individual wins of their foreign players Bessim Golger and Fayçal Rouis.

Congratulations to the club of Stembert for a fantastic show with a really fantastic venue and an amazing live coverage of the event.