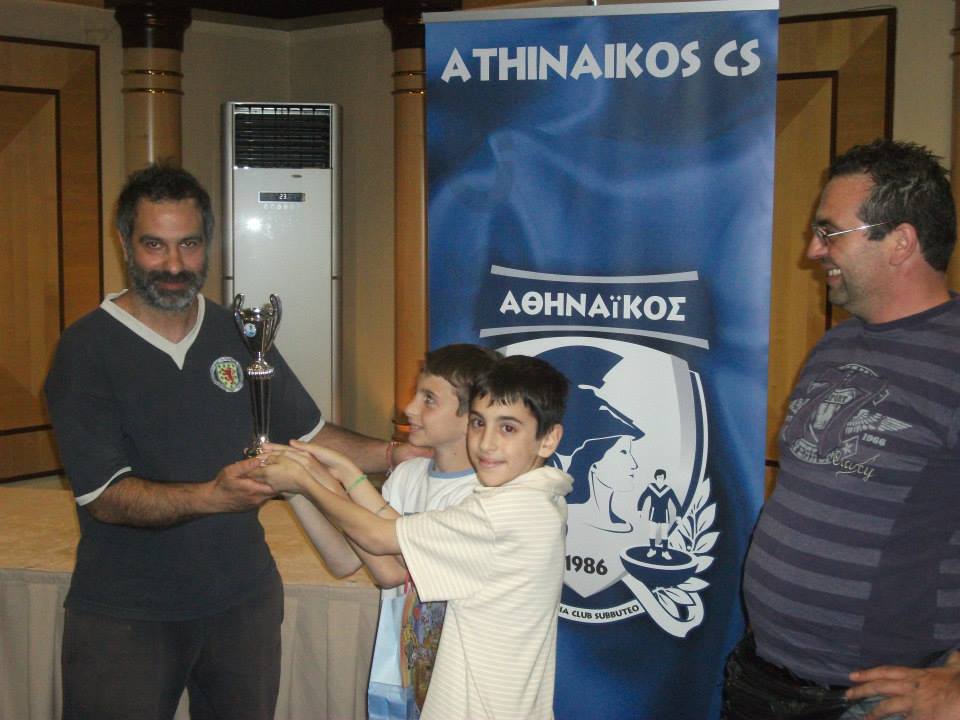 42 players and 9 teams attended the FISTF Satellite of Athens held last week-end. In the Open section, Eugene Plytas (Atlas) took the honors after beating Panagiotis Vasilopoulos in the final. Spyrons Patrinos and Andrianos Dervis made it to the semis. Markos Fanellakis (Glyfada United) won the U19 tournament while Marcos Kapsabelis beat Dimitris Stamatopoulos in the final of the veterans (2-1). The team event saw a very tight final and Atlas TFC B beat Olympia B on goal-difference. 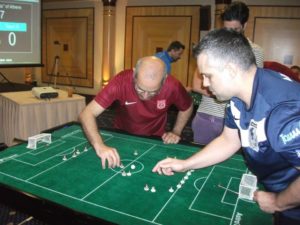