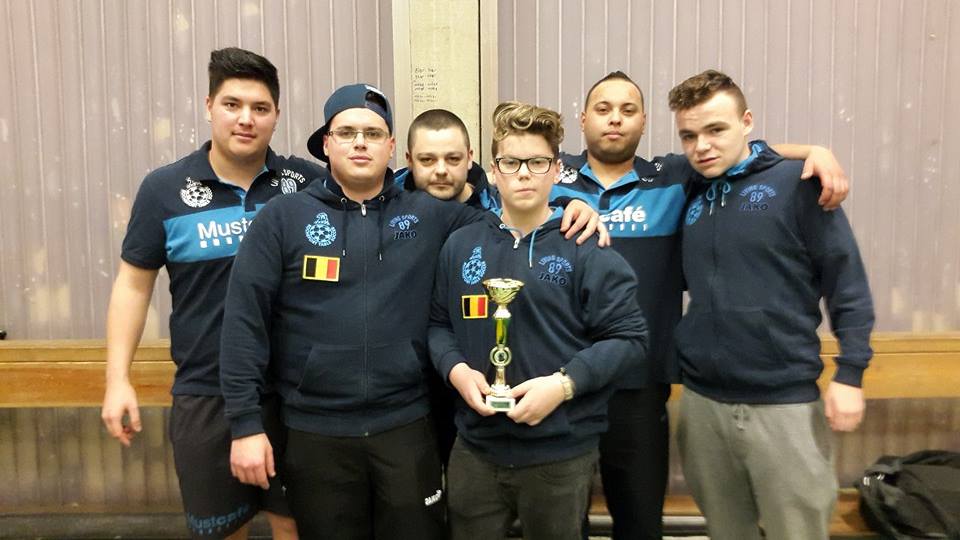 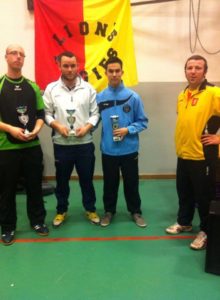 The first tournament of the year in Belgium took place in Eugies on January 10 & 11 with some competitors travelling from France, the Netherlands and England. Many top belgian players were not taking part but the current number 1 of the belgian ranking, Christophe Dheur, was there with the ambition to win. After defeating Christophe Brach, Emmanuel Gorgette and David Ruelle, Dheur (SC Charleroi) defeated France’s Rémi Soret int he final (1-0). Int he veterans, the top seed was Daniel Scheen (TFC Wiener Neustadt) but Dan lost to SC Temploux player Benoit Massart on shots in the final. Other winners in the categories were David Vantassel (AS Hennuyer) in U19, Maxime Rairoux (SC Eugies) in U15, Corentin Bouchez (SC Eugies) in U12 and Margault Delval (AS Hennuyer) in the ladies section.

In the team event, 15 teams were dropped in three groups. Rochefort TS beat Brussels Subbuteo Club in the final while SC Eugies and AS Hennuyer lost in the semis.