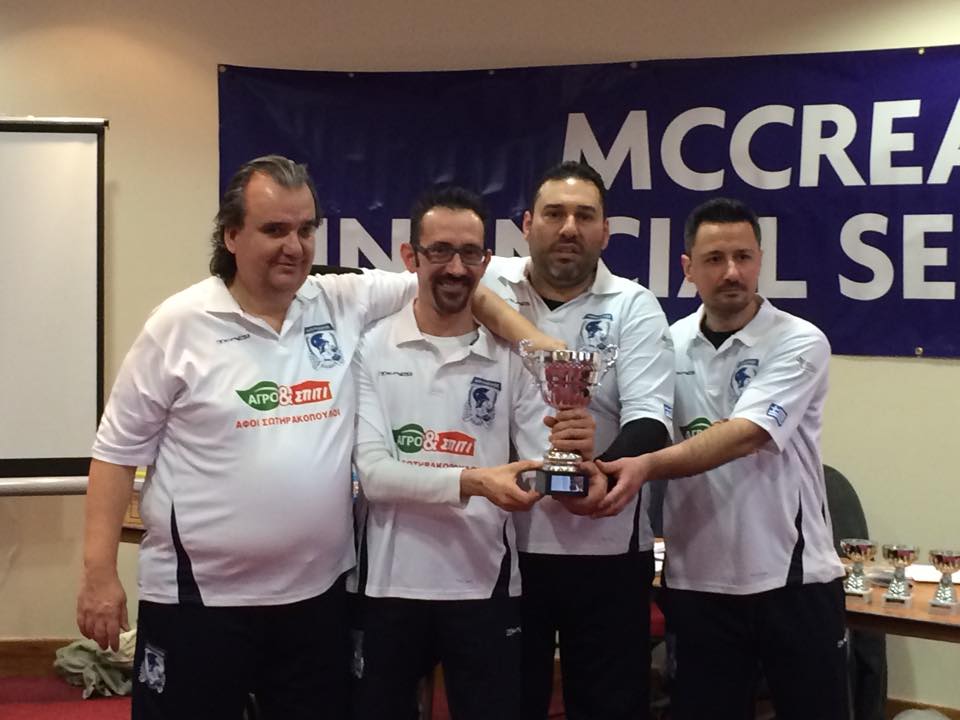 During the week-end of April 11 and 12, 51 players from 7 nations attended the grand prix of Scotland in Glasgow. The Open category was a Greek story as Kostas Sesses defeated clubmate Dimitris Kosmopoulos in the final. Ireland’s Mark Farrell and Scotland’s Steve Bennett were the semi-finalists. Elliot Bellefontaine (England) won the U19 section by beating Italy’s Antonio De Francesco in the final. Stefano de Francesco was clearly the best veteran. He defeated England’s Martin Hodds in the final. Joseph Kinrade was the best U12, winning a small group of three players. On Sunday, 9 teams entered the team event. Athinaikos CS (Greece) defeated London & Essex United (England) on goal difference to win the title.