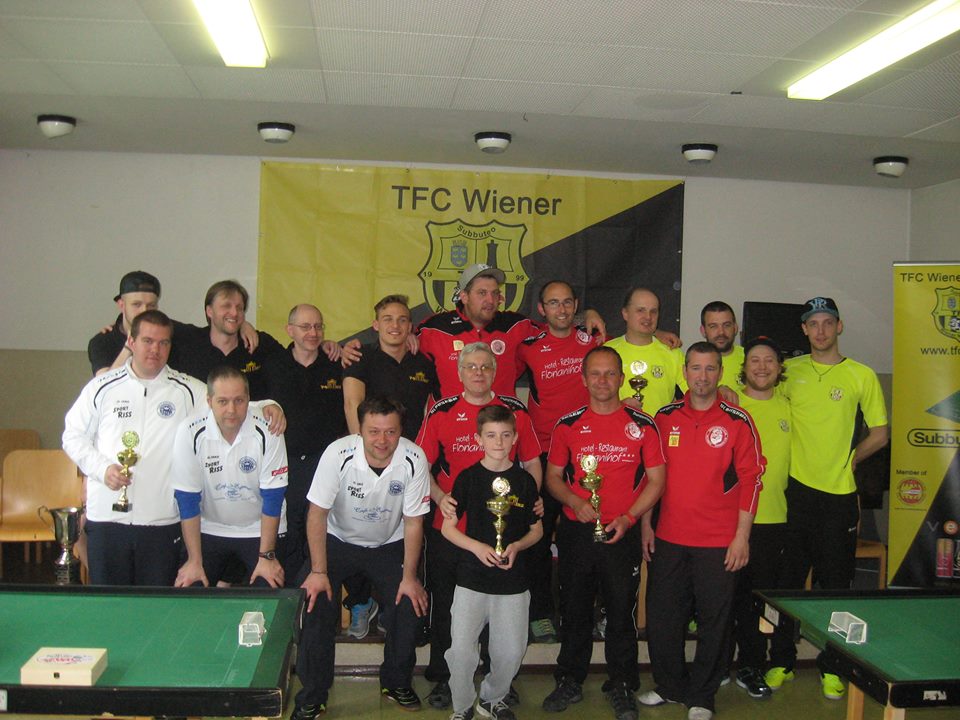 The FISTF Open of Traiskirchen was held on May 2 in 3. Organizers were happy to have a good turnout of 9 teams and 48 individuals from 4 nations. Alexander Haas took the honors in the Open category, defeating Germany’s Alexander Ruf in the final. Björn Kegenbein and Christian Haas lost in the semis. Austria’s Marios Strommer from the host club beat Moritz Jung from Germany in the U15 final. There was a strong field of 15 veterans and Erich Hinkelmann defeated David Busch in the final. Maike Krause from germany defeated Noemi Bernhardsgrütter from Switzerland in the Ladies final and Daniel Vranovitz was the best U12. On sunday, TFC Mattersburg won the team evetnt as the beat Sparta Spreeathen 74/82 in the final. TFC Wiener Neustadt and TSC Royal 78 lost in the semis.