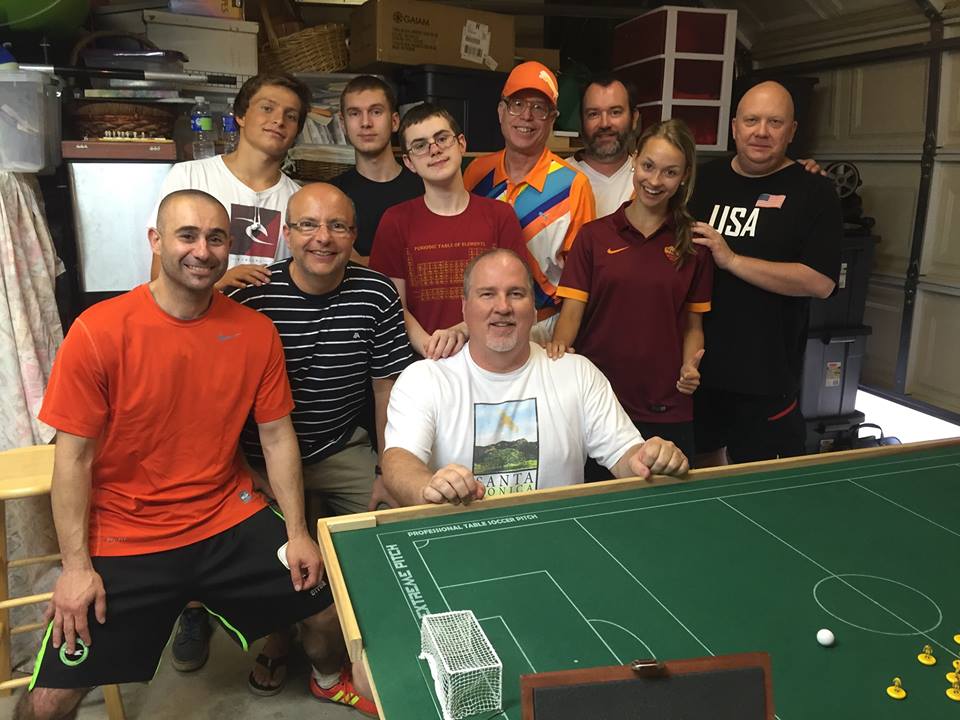 Last saturday 2 Swiss players were visiting the Southern California Subbuteo Club and attended the Challenger of Newbury Park. Local players were happy to meet Thomas and Trisha Baumeler again. The guests of the day noted the improvement in California play. it was also the first tournament in California for Joao and Bruno Casaca, welcoming them to the Club. Both are Portuguese and now live in California. 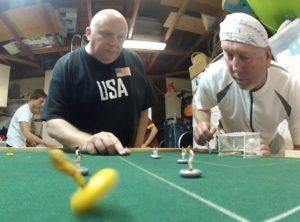 Special facts of the day were Trisha beat Paul O’Donovan Rossa with the last flick of the match, Bruno showed well to beat the experienced Steve Tucker in his first tournament here, good showing from Varant and Paul to get to the semi-finals but on the day no one was a match for Trisha and Thomas with their experienced attacking play. The final was attacking and close, decided by a first goal from Thomas.