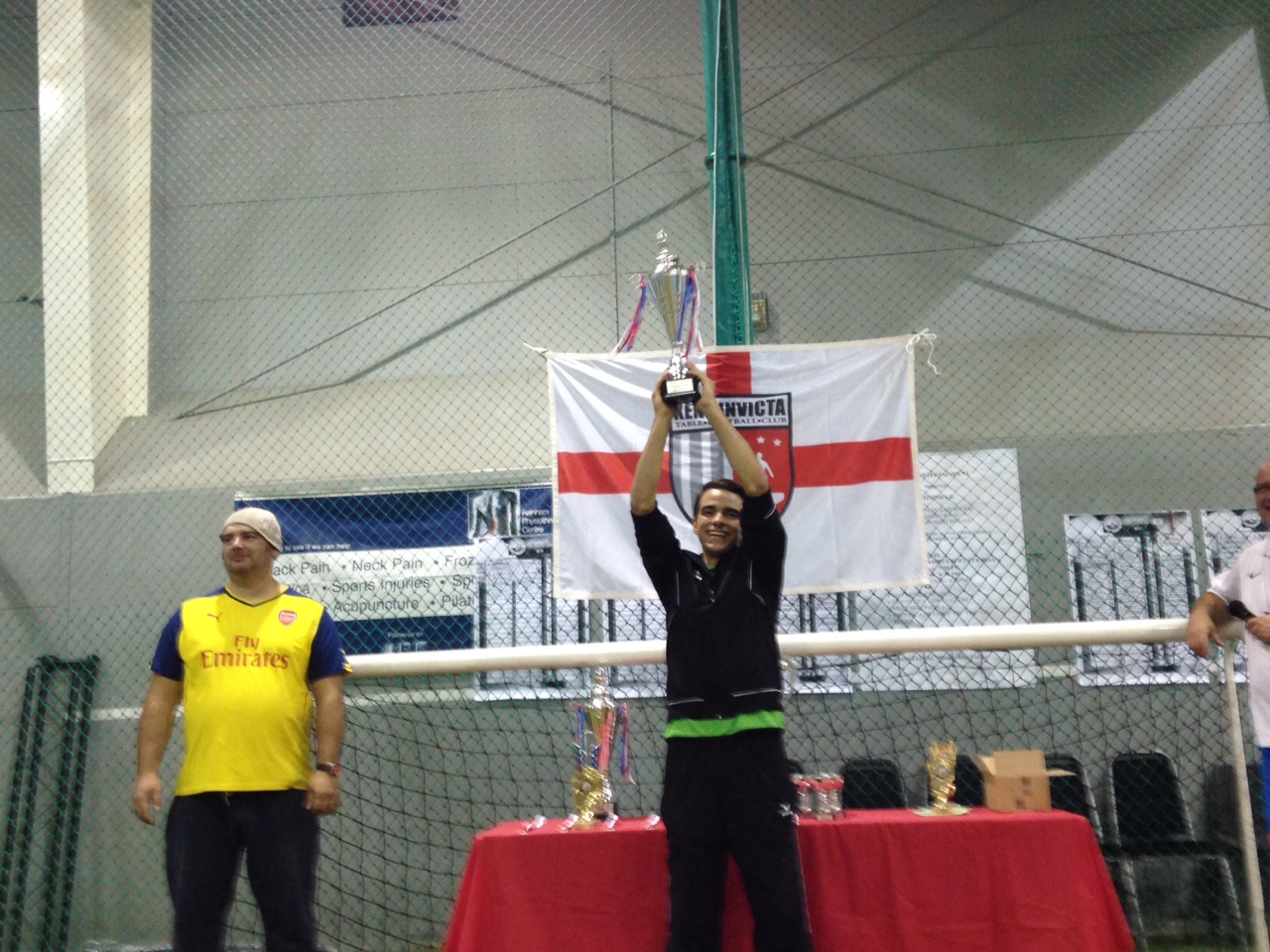 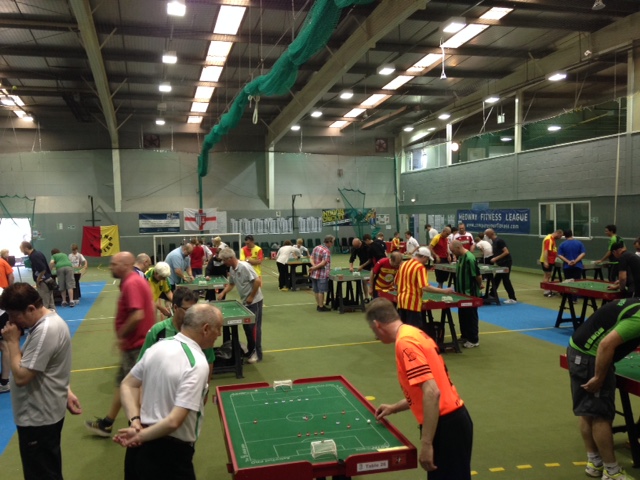 The English Grand Prix was a great success with 75 players giving their all in a fantastic weekend of play in Gillingham. The Saturday Individual events proved to be an excellent day of competitive flicking as the players did their best to win the impressive GP trophies.

The Open competition provided some surprises before an all ASH final had Belgian U19 star, David Vantassel, getting a 2-1 golden goal win over his French teammate Remi Soret. 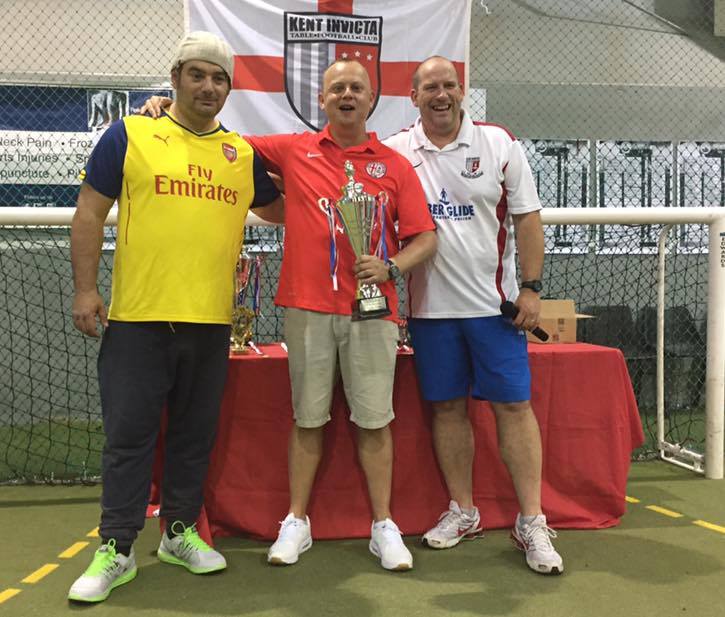 In the Veterans, a vintage performance from Justin Finch saw the Englishman grab a 1-0 over Italy’s Lucio Canicchio.

In the U19’s, a really tight contest was finally won by Belgian Steffen Despretz only just pipping London’s Elliott Bellefontaine to the trophy. 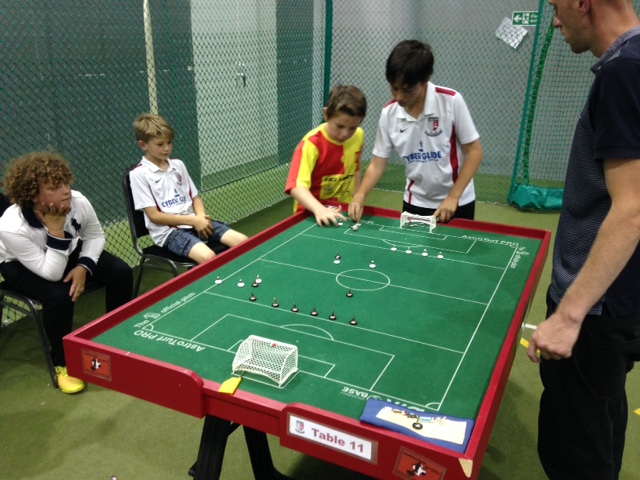 U15 final (Bouchez vs Arnold)

In the Under 15’s, England & Kent’s Kye Arnold and Belgium & Eugies Corentin Bouchez served up a great final which saw a narrow victory 2-1 for the Belgian ‘Coco’ to lift the cup. 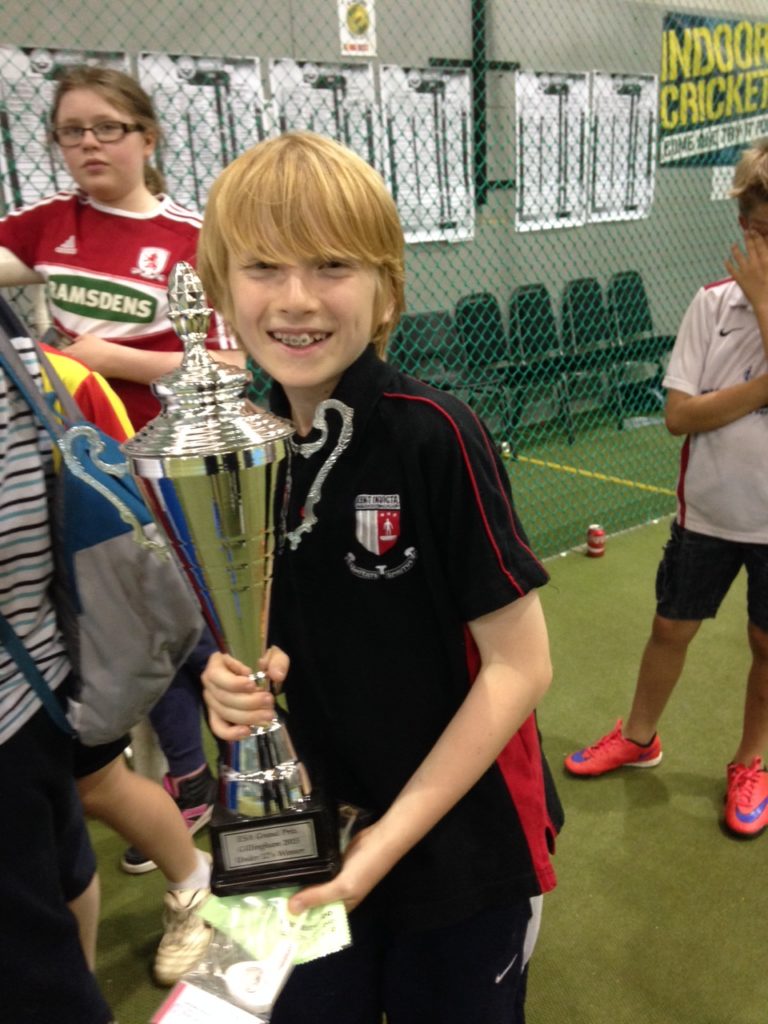 It was an all Kent and England final in the Under 12’s as recent ‘SubbuteoOscar’ nominee, Joseph Kinrade, grabbed a 2-0 win over Thomas Price. 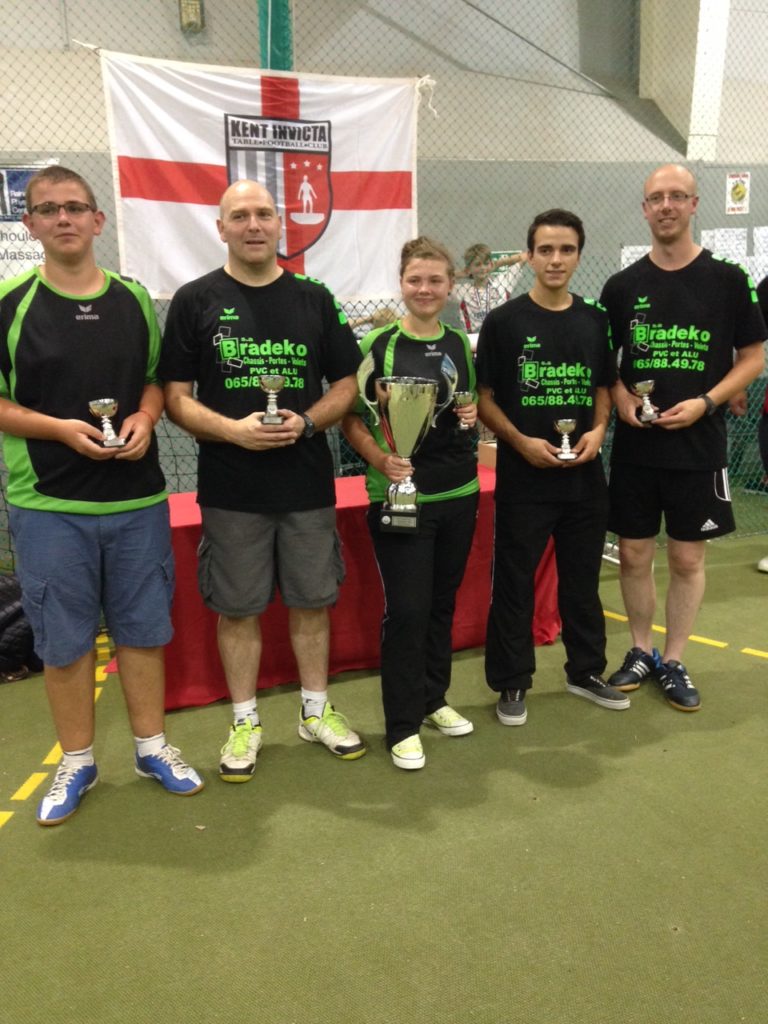 AS Hennuyer from Belgium won the team event

The team event had 12 teams battling out for the winner’s trophy – again there were some surprises, great action and tight games along the way before Belgium’s AS Hennuyer lifted the cup after a 3-1 victory over London & Essex United!