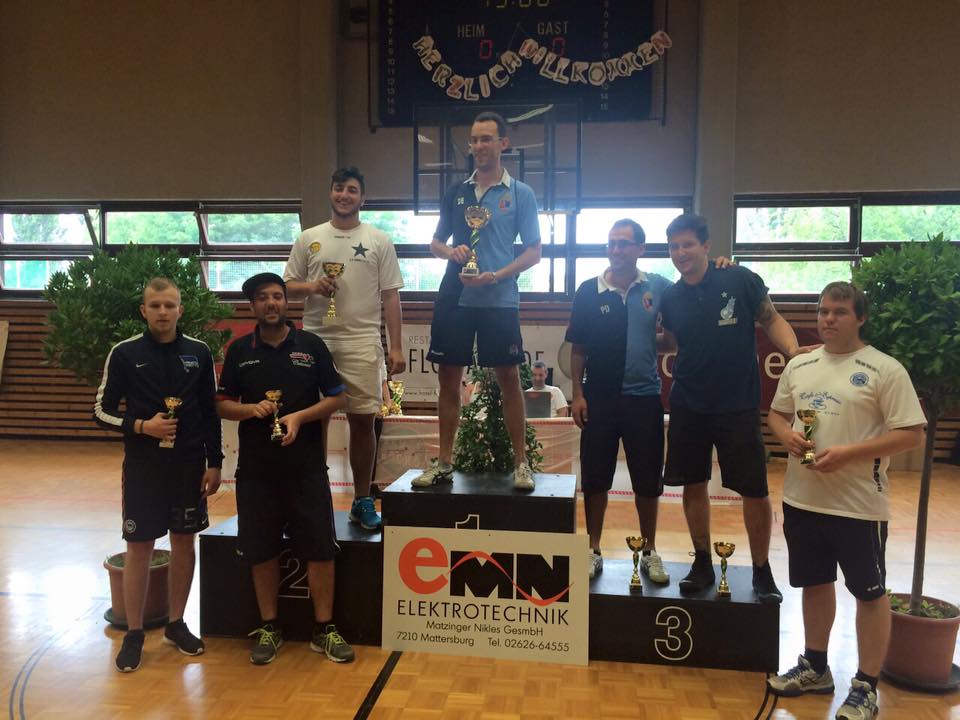 During the first week-end of August, the city of Mattersburg hosted the traditional Major with a field of 71 players from 7 nations. Daniele Bertelli won the Open category. The former world champion defeated another Italian, Luca Colangelo, in the final. World champion Juan Noguera and Daniele Pochesci lost in the semis. Marios Strommer wont he U15 event after beating Lukas Eppensteiner in the final. In the veterans, Italy’s Mauro Manganello was on fire and defeated Günther Bamberzky in the final. Elisabeth Slezak from Austria was the last individual winner, finishing on top of a group of 3 in the ladies category.
The team event was an italian affaire, Black & Blue Pisa beat the club of Fiamme Azzurre in the final. TFC Mattersburg and TSC Royal 78 lost in the semis.