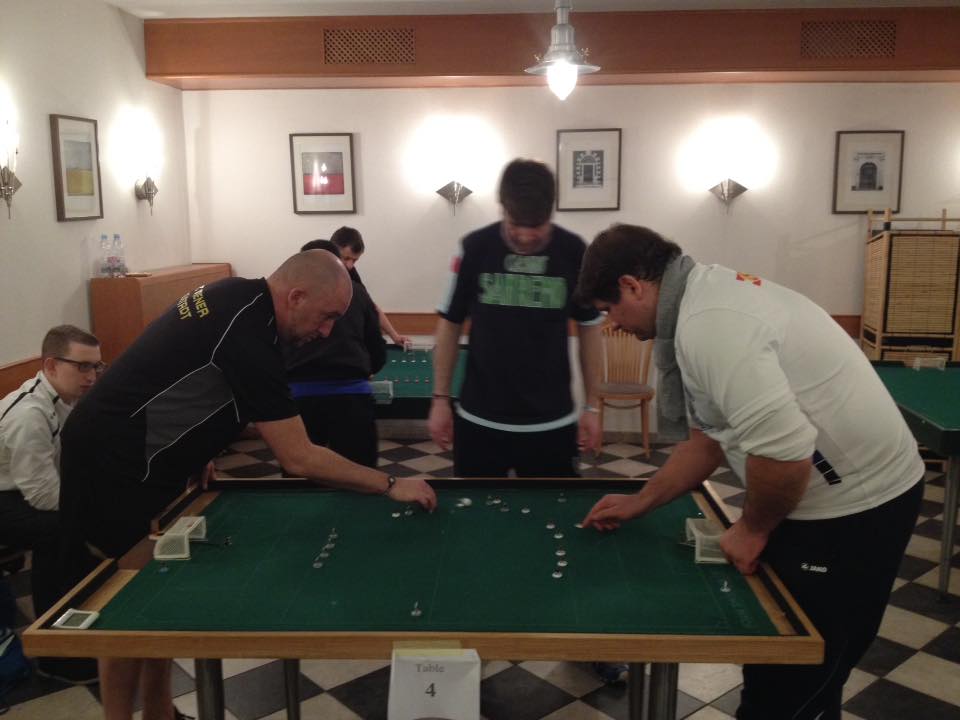 On January 9 & 10, the Czech Subbuteo Association was happy to organize a FISTF Open with 32 players. Among them, there were 26 coming from abroad and representatives from 8 nations. Belgium’s Daniel Scheen won the Open category against Austria’s Thomas Wittmann. Scheen was close to get a second individual trophy but lost the Veterans final against clubmate Günther Bamberzky. The other individual winners were England’s Elliot Bellefontaine (U19) and Austria’s Marios Strommer. TFC Wiener Neustadt also won the team event after defeating TSC Royal 78 in the final.