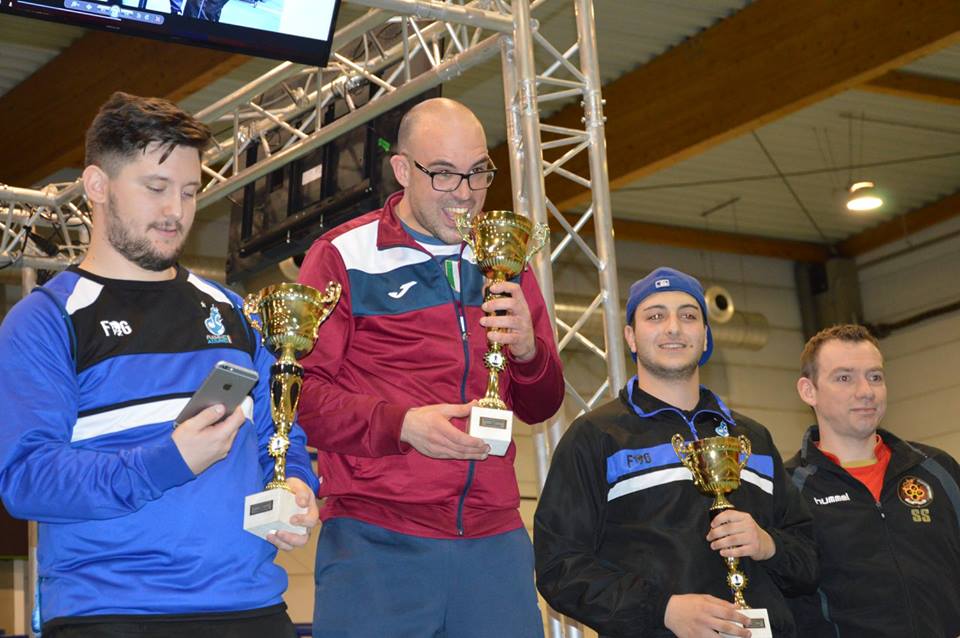 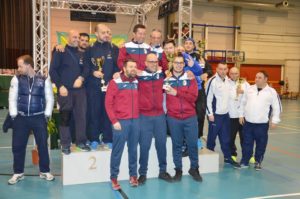 After the team event

On March 5 and 6 the city of Frameries hosted the traditionnal Major in their premises. It was the organizers’ ultimate rehaersal before the world cup to be held in the same hall on September 3 and 4. There were 200 players from 15 nationas taking part and the level was very high. In the Open category, the final between two world champions proved only top players can do it in Frameries.C arlos Flores defeated Juan Noguera to claim the title. Luca Colangelo and Sébastien Scheen made it to the semis. Sébastien’s older brother Pascal Scheen reached the veterans semi-final but couldn’t beat Spain’s Vicenç Prats Salas. Prats beat the world number 1 Gianfranco Calonico in the final. The U19 final was close as Spain Antonio Casin scored a golgden goal to claim the title against Florian Giaux. The final score was 6-5. Players of SC Eugies were on top again in the U15 section with Maxime Rairoux defeating Corentin Bouchez in the final. Basile Magermans (JSC Rochefort) took the honors in the U12 section after he beat Lucas Père in the final. Italy’s Paola Forlani was the best lady. She won the final against Emilie Despretz.
In the team event, Italians were against the best as Reggio Emilia won the final against the Falcons Athens from Greece? Fiamme Azzurre and Charleroi were also in the final 4.