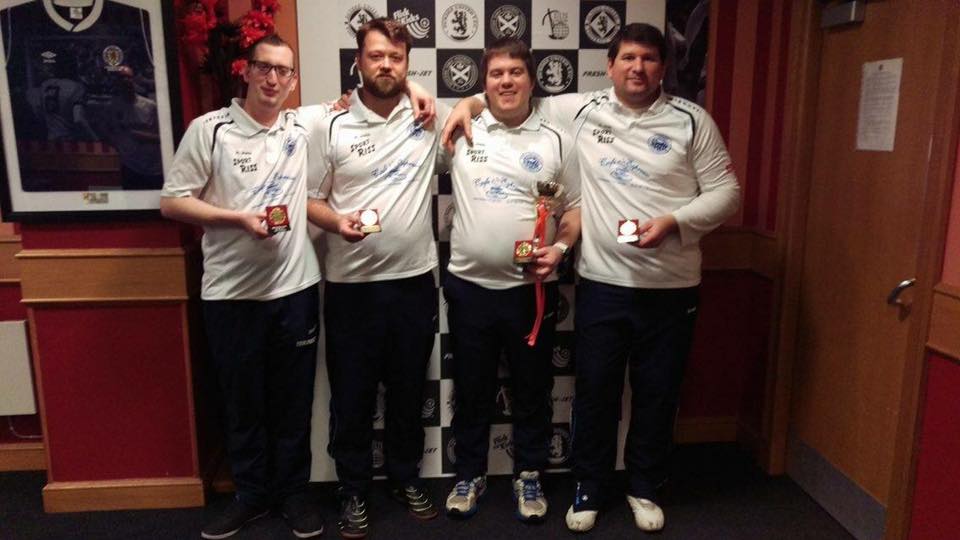 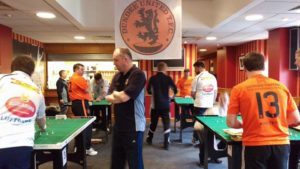 Last week-end, the Grand Prix of Scotland took place in Dundee with 29 players from 8 nations taking part. In the Open category, Austrians dominated the competition with Alexander Haas (Royal 78) claiming the title after beating clubmate Heinz Eder in the final. Thomas Wittmann and England’s Gianpaolo Vitulano were the losing demi-finalists. In the Veterans, top seeded player Daniel Scheen from Belgium defeated England’s Brian Daley in the final. Elliot Bellefontaine won the U19 event. On Sunday, the team event saw many surprises. Despite they lost to local team Dundee United, the Austrians of TSC Royal 78 Kaisermühlen finally won the tournament after finishing on top of a group of 5 while Yorkshire Phoenix was the runner-up. Congratulations to the winners and to the organizers for having the event played at Tannadyce Park.