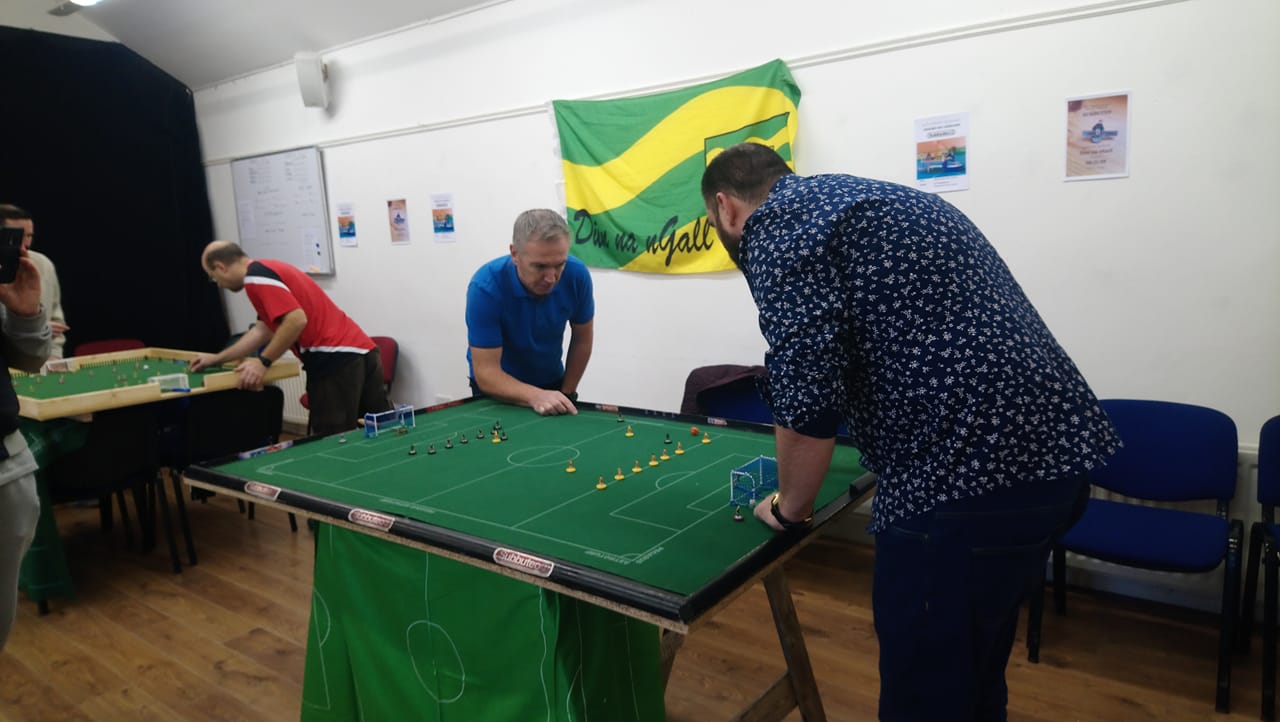 First event in this season’s Irish Sports Table Football (aka Subbuteo) Championship (TFAi and NITFA), which will consist of six (6) competitions in total. Three will be in hosted in Northern Irland and three in the Republic of Ireland (EIRE). The 2019/20 Irish subbuteo championship is played over 6 events. Donegal subbuteo championship was the first one which was played last on the 30th November 2019. There’ll be futher competitions in Strabane, Derry, Belfast, Dublin and Wexford. Points are awarded for the finishing position for the six events. 1st place gets 50 points, then 36, 24, 18, and the fifth place 12 points from place 6 onwards, the points are allocated in a certain way. If you check out Irish Subbuteo Championship page on Facebook you will see the results and standings from last season’s circuit. It was called the Ulster Championship last season.

Eight players played in two groups of four. The top two from the groups progressed to the main event semi finals with the bottom two in each group entering the plate event. Mark Farrell finished top of group A winning all of his 3 matches. Kenny Beggs finished second. Brendan Rodgers finished top of group B with Mark Mc Crossan securing second place and a semi final spot.

Mark Farrell wins the Donegal Subbuteo championship 2019 for the second year in a row and once again takes the lead in this season’s Irish Sports Table Football (aka subbuteo) championship. The two Irish associations will be taking soon activities to develop youth work. 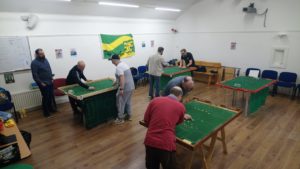 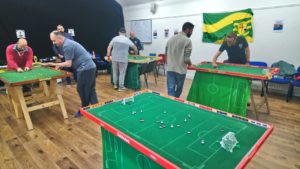 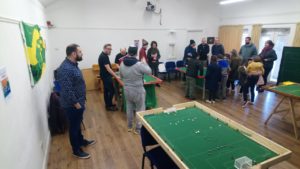 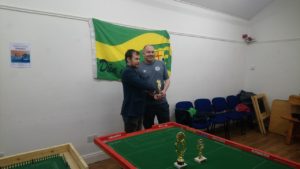 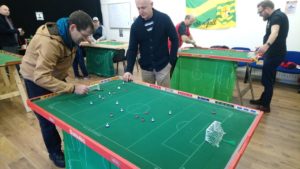