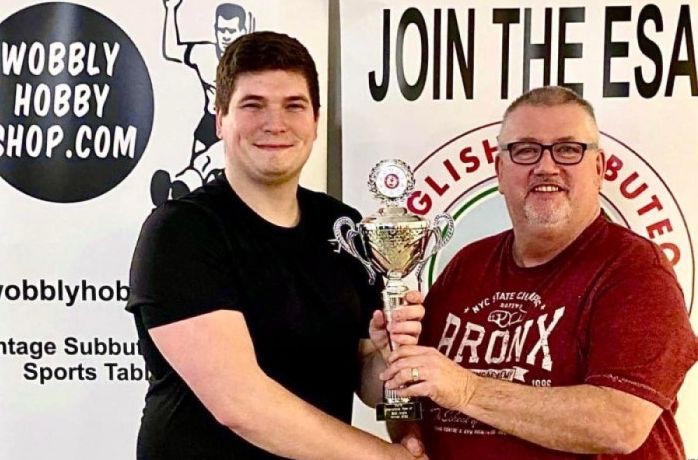 ELLIOT BELLEFONTAINE hit a staggering 33 in just 7 games to win the first FISTF International Open of the new year at Haverhill.
Bellefontaine was scintillating in the Wobbly Hobby sponsored tournament. That is to say, he was brilliantly and excitingly clever and skilful. 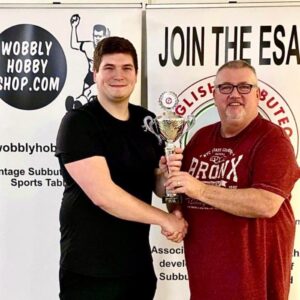 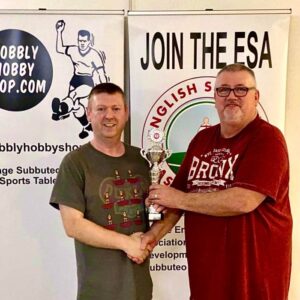 You’d expect the margins that separate to be finer at the business end, but the prolific goalscorer kept rattling home the big scores in the knock out phase to deservedly take the title.
BRIAN DALEY had a seemingly tougher route to the final. After escaping a scare from Aaron Skinner, winning on shots, he then edged games against Chris Bedford and Chris Short by the odd goal. A worthy finalist, but not a match for EB over thirty minutes.

This was Haverhill Rovers’ first hosting of a FISTF International Open, and it turned out to be a GREAT EVENT!
Massive praise and thanks to all the Haverhill team. 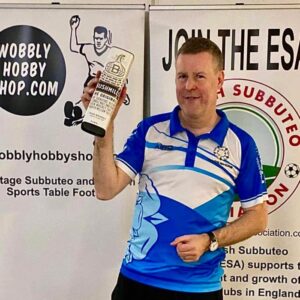 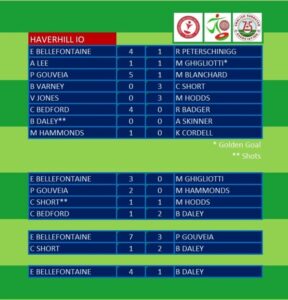