Carlos Flores claimed the Spanish Open GP with some authority, beating Ángel Valverde 2-0 in the final.
Both finalists had a tough time in the semi-finals, Carlos had an incredible match against Luca Colangelo who played at a very high level. There were moments of pure fantasy and speed in that game, with spectacular attacks going the way of Flores. On the other side of the draw, Ángel and Casín saw each other again in this usual duel on the national scene, which was also resolved in sudden death with a goal from the Murciano player. 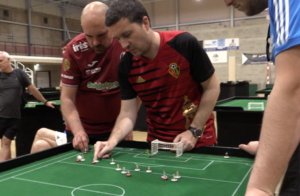 Raúl Benita from Turia FM was on a roll and managed to beat the lightning fast Daniel Scheen (BEL) 3-2 in a beautiful golden goal in extra time in the Veterans event. 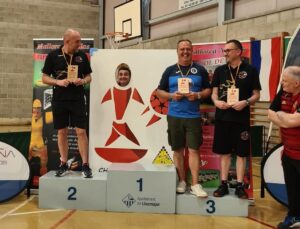 On the other hand, Turia FM continues to do a great job with the academy and both Rubén Benita and Alex Iliev continue to improve. In the case of Rubén, so much so that he won the jackpot in the under 20 category against José Torres of Tiburones FM 2-1 and in the under 16 against Alex, a teammate. 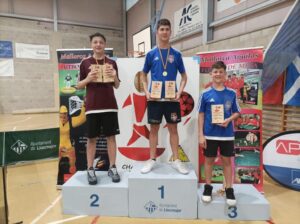 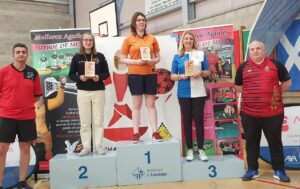 In the teams event, it was a great victory CAP Ciudad de Murcia.
They won with a golden goal from Ángel Valverde in the final against Stembert of Belgium.
The Spanish team looked set for victorym with a two goal cushion in the total score, but the Belgians, very accustomed to high competition in this last month, forced the tie with two goals in the last two minutes. The minute of extra time was decisive and Murcia was more efficient with that goal by Ángel Valverde. 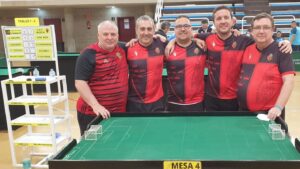 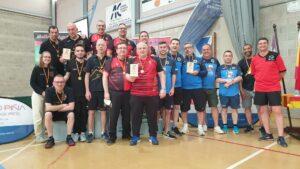 It was a great and dramatic final which was seen in the sports center of Mallorca Águilas.

Overall, a fantastic tournament, with an impeccable organization. There was the presence of local authorities, live performance of the event and a very cordial atmosphere among the 85 participants of the nine nationalities present.