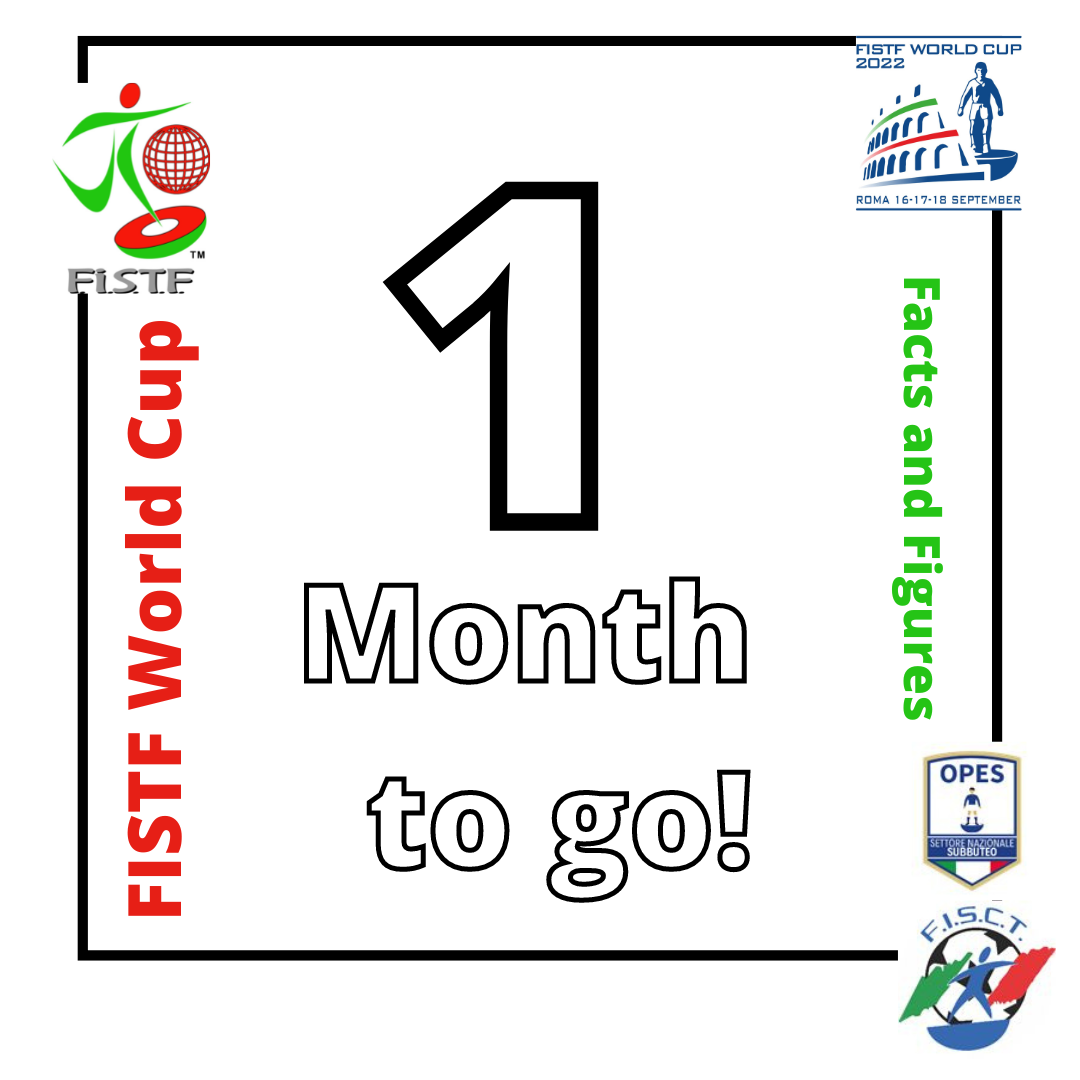 With one month to go, we are looking back at the history of the FISTF World Cup with some facts and figures and curiosities.

There have been 22 FISTF World Cups, and included in this are a number of multi-gold medallists:

Open
Carlos Flores (ESP) and Massimo Bologniono (ITA) have both won the Open category three times.
Flores is contesting the Open Category in Rome, with a chance to take outright all-time lead.
Other multi-winners are Gil Delogne (BEL), Massimiliano Nastasi (ITA) and Daniele Bertelli (ITA) who have all won the Open Category twice – with Bertelli winning the U19 event twice as well.

Women
Delphine Dieudonné (BEL) has won the Women’s event 13 times since her first victory in Paris in 1994. She has retired from international play, and is currently President of the Belgian association.
Kamilla Kristensen (DEN) has won the event twice, while Jessica Hardenne (BEL) won the U15 event in 2002 and then in 2014 won the Women’s category.
Defending world champion Audrey Herbaut (FRA) will compete, as will previous winners Portugal’s Carolina Villargues (2016), Italy’s Giuditta Lo Cascio (2011) and France’s Françoise Guyot (2007).

Veterans
Italy’s Renzo Frignani has taken four Veterans’ titles, just ahead of Martijn Bom of the Netherlands, who won it three times. Both Massimo Bolognino and Francesco Mattiangeli of Italy have won the Veterans twice and will both contest the event in Rome.
Defending Champion Charles Aquilina of Malta will be aiming to defend his title, while 2016 Veterans Champion Gianfranco Calonico (ITA) and Spain’s Juan Carlos Granados (2010) and Vincent Prats (2011) will be aiming for repeat titles.

We will also address the Team multi-winners in a coming post.