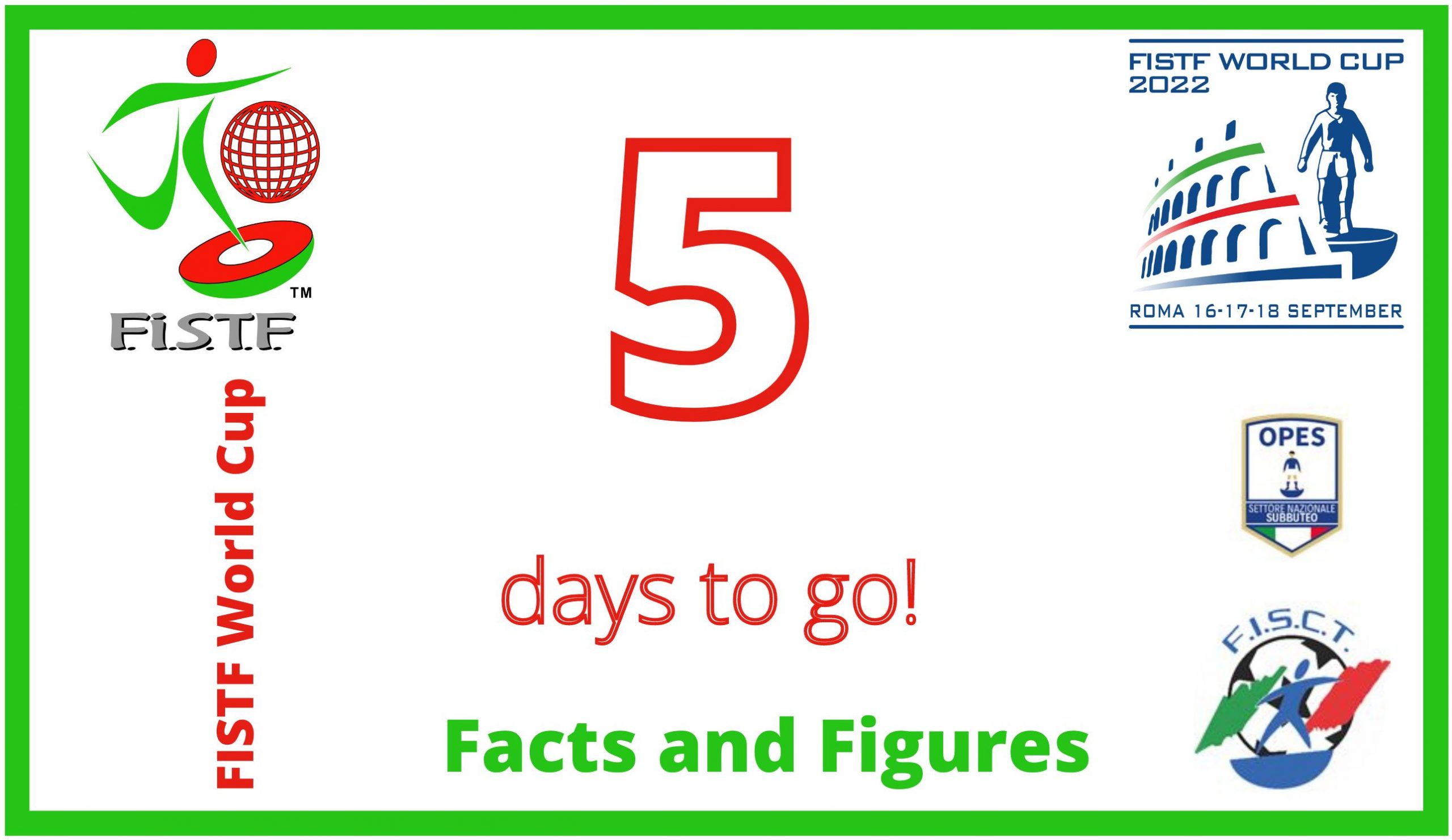 One of the things about international sport are the interesting facts & figures that are thrown up.
Competing at an elite level creates even more interest, and here we list some curiosities since the first FISTF World Cup in 1994, looking at the most goals in a final, as well as the largest winning margin.

Open
Nine goals were scored in the 2015 final in San Benedetto when Flores (ESP) beat Nastasi (ITA) 7-2. There were eight goals in the 2012 final in Manchester when the same two players met, and Flores won 5-3. The 7-2 win was the largest winning margin, of five goals, the same as the 2018 final in Gibraltar when Matteo Ciccarelli (ITA) beat Justin Leroy (BEL) 5-0.

Veterans
The most goals in a veterans final was 9, when Horst Deimel (AUT) beat Massimo Conti (ITA) 5-4 after extra time in 2000 in Vienna. The biggest margin of victory was 4 goals when Gianfranco Calonico (ITA) beat Massimo Cremona (MLT) 6-2 in Frameries in 2016. Seven goals were scored when Renzo Frignani (ITA) beat Martijn Bom (NED) in 2004 in Bologa 4-3.

U20/19
The biggest winning margin was six goals in 2004 in Bologna when Daniele Bertelli (ITA) beat Arnaud Nullens (BEL) 7-1. The most goals was nine, also featuring Nullens when he lost 5-4 in extra time to Stefano Buono (ITA) in Les Herbiers, France in 2007. Eight goals featured in 2008 in Vienna when Juan Manuel Noguera (ESP) beat José Antonio Gomez Ros (ESP) 6-2.

U16/15
In 2017 in Paris , Claudio La Torre (ITA) and Corentin Bouchez (BEL) fought out a 12 goal thriller, with the 8-4 result still a record. In 2015 La Torre beat countryman Nicola Borgo (ITA) 6-5 after extra time. Bjorn Kegenbein’s (GER) 8-1 victory over Mitchell Timmers (NED) in 2008 in Vienna is still the largest winning margin (seven) in any category in a final.