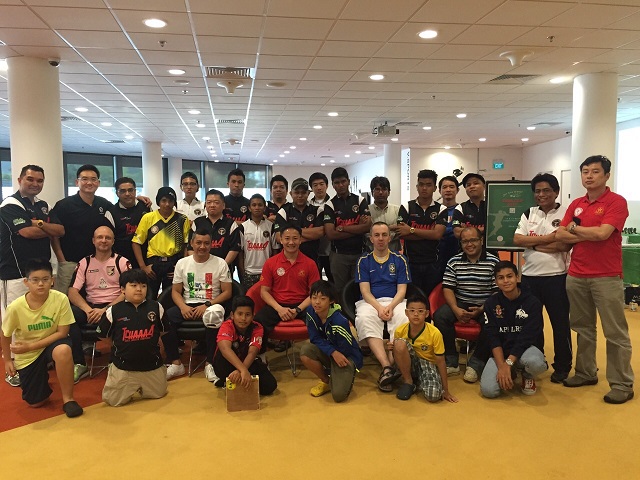 A total of 12 U19 players contested for the 2015 TFAS Cup U19 Champion title in a Swiss format of 4 rounds. The top 2 players then play-off for the right to be called Champion and Runners-Up respectively; while the next 2 players in the standings play-off for Third and Fourth placing.

The Third and Fourth play-off match was between the Lim brothers of Isaac and Luke. Luke proved the calmer of the pair as he repeated his 1-0 win over Isaac during the preliminaries with another 1-0 win to claim Third place. 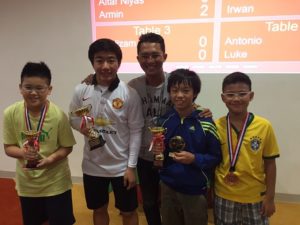 The Final was between Giovanni and Chihiro – who pipped Isaac to the Final play-off with a late winning goal in Round 4 of the preliminaries. Giovanni comfortably repeated his earlier 4-0 victory over Chihiro to emerge Champion with another 3-0 win!

The 2nd day of the event saw a total of 28 players in the Individual Open event in accordance to FISTF guidelines. Players who qualified for the Group stages went ahead with a Barrage round, followed by the traditional Quarter-Finals, Semi-Finals, 3rd/4th Placings and the Final. At the end of the day, Den Mulia emerged Champions, Rudy came up Runners-Up; while Antonio claimed Third and Anas finished Fourth … Congrats to the winners!