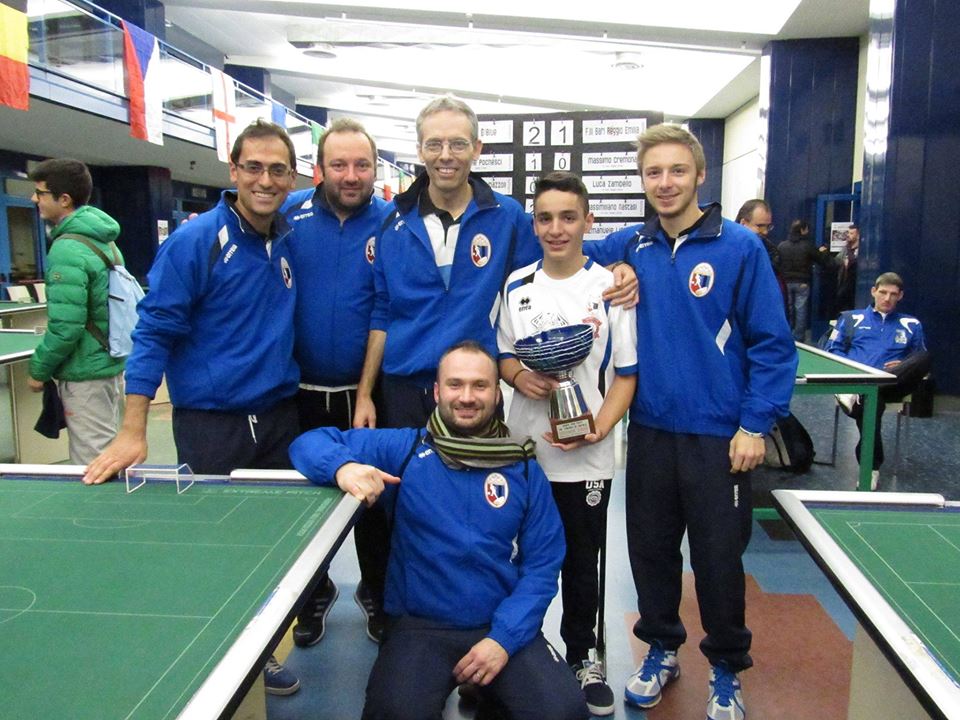 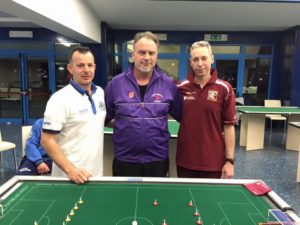 The “Torneo di Natale” 2015 was held early in December with an amazing field of players coming to play the Grand Prix of Italy. The Open category had almost 100 entries and only big names in the last 8 round. Daniele Bertelli took the honors, defeating Reggio Emilia’s Emanuele Licheri in the final (2-0) while Saverio Bari and Massimiliano Nastasi were the semi-finalists. In the U19, Matteo Ciccarelli was the usual winner, taking the trophy for the third time in Milano. Leonardo Giudice from Livorno was the best U15 and Matteo Cammarata won the U12 section. The ladies final was close but in the end, the top seed Paola Forlani won the game on shots against Giulia Brillantino. 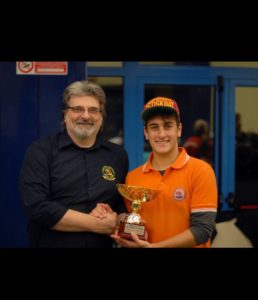 Matteo Ciccarelli gets his U19 trophy from Gianluca Galeazzi.

There were some surprises in the veterans but top seed Gianfranco Calonico was the expected winner in a close final against Cesare Santanicchia. Calonico scored the winning goal in the sudden death.

In the team event, the Belgians of Rochefort TS were close to beat Reggio Emilia in the semi-final but the Italians won the game for one single goal. In the final, Bari and his clubmates couldn’t resist to Pisa. Bertelli won therefor his second trophy of the week-end. A perfect week-en for the “Black & Blue”.