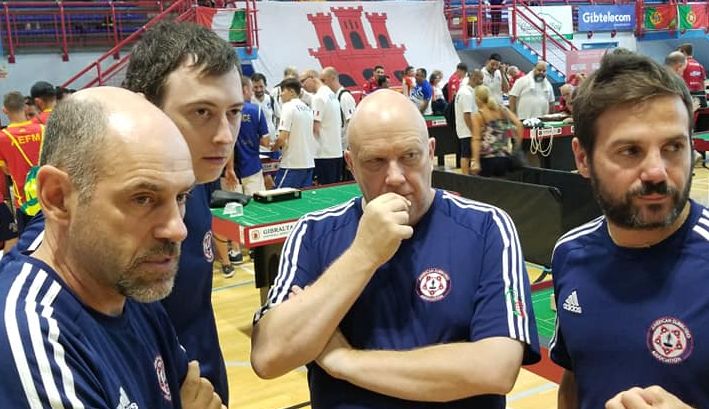 The FISTF Board is pleased to welcome Peter Alegi to its membership, as Vice President North America.

Peter was recently elected President of the Confederation of North American Sports Table Football (CONASTF) by members of the American Subbuteo Association and Subbuteo Canada, 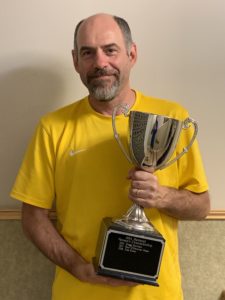 Peter was born and grew up in Rome, Italy, where he played his first Subbuteo tournament in 1978 and then competed in two Guerin Subbuteo national tournaments (juniors category). 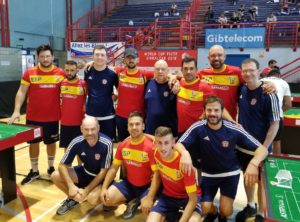 Peter, front left, with the USA team at the World Cup 2018

“I stopped playing after moving to the United States in 1985, except for a momentary return at the 1997 American Subbuteo Association’s national championship. I resumed playing competitively in 2011 in Michigan, and was a founding member of Grand Rapids Table Soccer Club. Since then, I have traveled extensively for tournaments and won the 2019 ASA Veteran title in San Francisco. I represented the USA at the FISTF World Cup in San Benedetto in 2015 and in Gibraltar in 2018, where we reached the quarterfinals for the first time in our history,” Peter said.
“For the past few years, I have served on the ASA Executive Board. Our accomplishments include improving administration, creating a strong calendar of Majors, Nationals, FISTF and WASPA events; and raising the quality and visibility of ASA’s online presence on Facebook and YouTube. As a tournament organizer, I expanded the Flicko de Mayo in Michigan into an annual FISTF event and hosted the 2017 ASA National championship with my club.
“It is an incredible honor to have been elected the first president of the Confederation of North American Sports Table Football (CONASTF) and a great privilege to join the FISTF Board as Vice President for North America. I look forward to learning from my colleagues and working constructively with Member National Associations to promote and support the sustainable growth and development of table football at all levels around the world.”