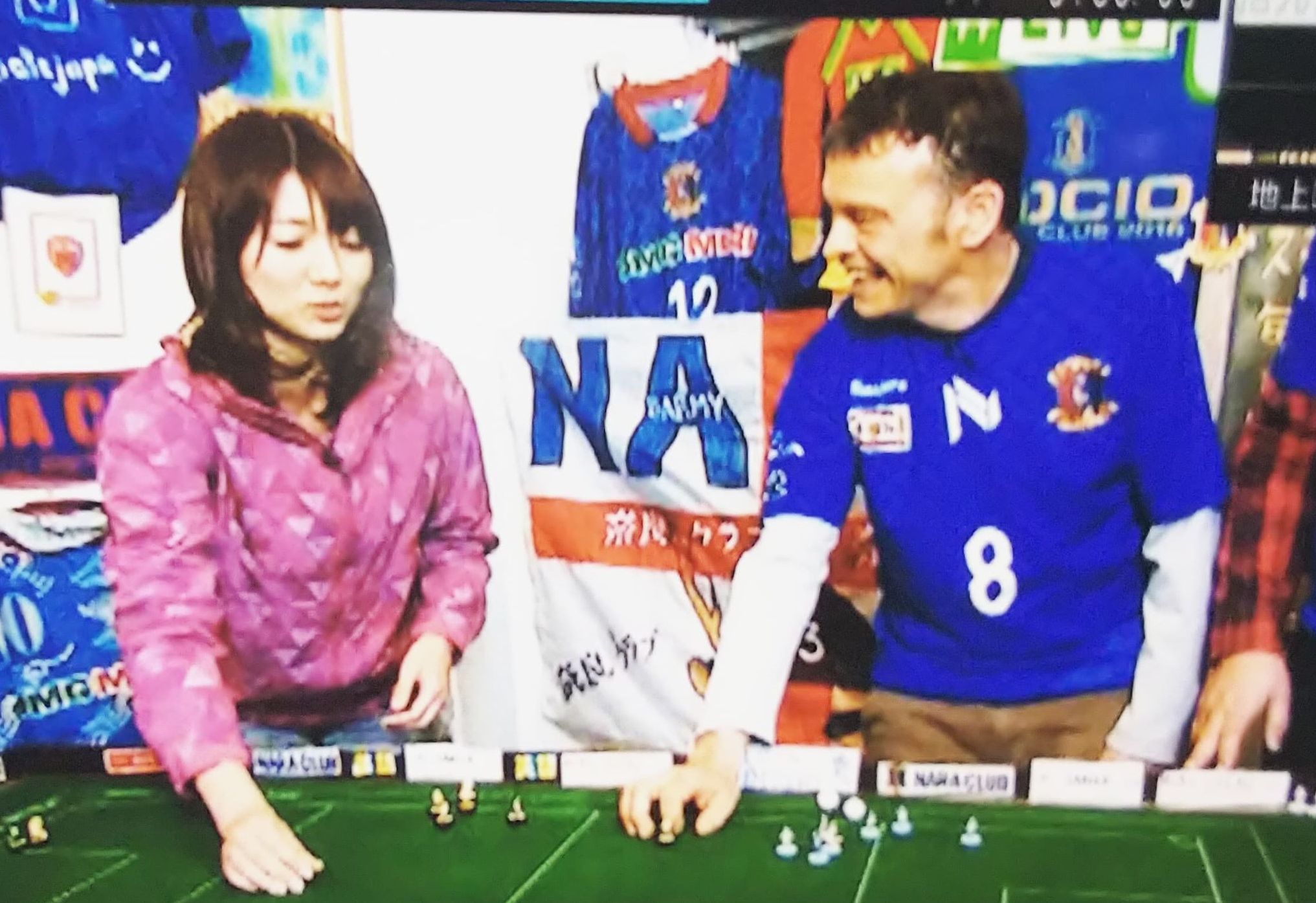 Japan has a great pedigree in the international table football community of ‘adopting’ international players, with Stephane Lambert of Belgium playing for Yokohama OSC, and former French player Cedric Garnier now playing for Japan and Tokyo TFC.
While Kenzo Koi is the undoubted ‘sensei’ of Japanese Subbuteo, his number on disciple is Bill Wright.
Bill has built a club in Nara, 480km south west of Tokyo, and done well with recruiting a range of players, including expatriates Dan Pearson, Alan Faulkner and Jose Cruz.
Not all the players have registered for competition. “The club meets we just tend play each other in casual games … and talk a lot!!” 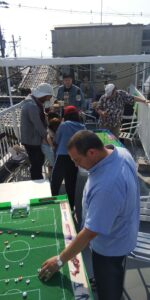 Action at the rooftop club in Nara

“Like many I returned to playing the great game in middle age,” said Bill.
“I first played in the 1970s in England when my eldest brother got the 1970 set for Christmas that year.
“After moving to Japan in 2004 I started a family and bought my son a set for his 6th birthday,” Bill said.
Years past with just his son and his pals playing.
“Then in 2018 I got excited about the World Cup and got my brother in England to go to Argos and buy 10 box sets.
“I duly painted all the teams to represent all the countries in that year’s world Cup.”
Bill said he then decided to start a club.
“We played one day a month on a friend’s bakery/cafe’s roof top in Nara.
“I also took my Subbuteo to a friend’s Belgium beer festival. It was great fun in a tent!”
Bill said this inspired him to approach a local football club, Nara Club, and ask he could have a Subbuteo tent at their home games.
“They knew me as a fan and duly said yes.” 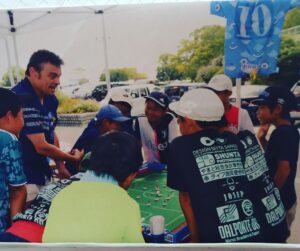 Bill said he started searching online and found the world of Subbuteo thriving, and was put in touch with NOSK “guru/sensei” Kenzo Koi.
“Kenzo encouraged me and supported my Flickballsjapan events,” Bill said.
“I have since through super Kenzo met other NOSK members and attended and organised events here in Nara and Osaka.” 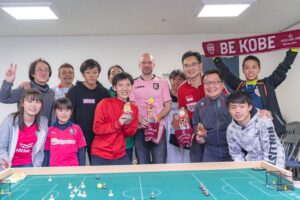 Bill continues his enthusiasm as a member of NOSK.
“I believe the game should be played and enjoyed by all ages,” he said.
“And I take great delight in trying to introduce the game to all and sundry.” 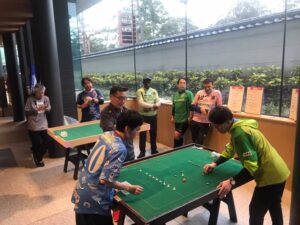 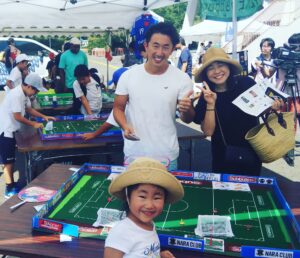 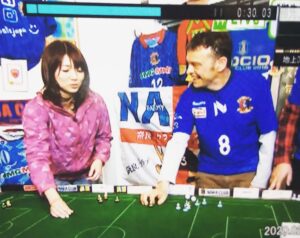 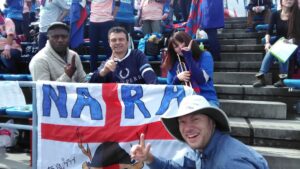 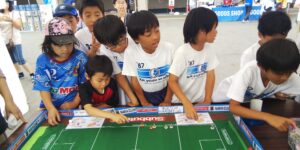 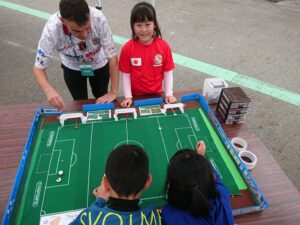 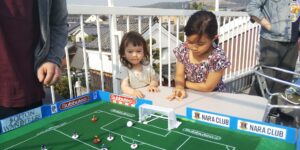