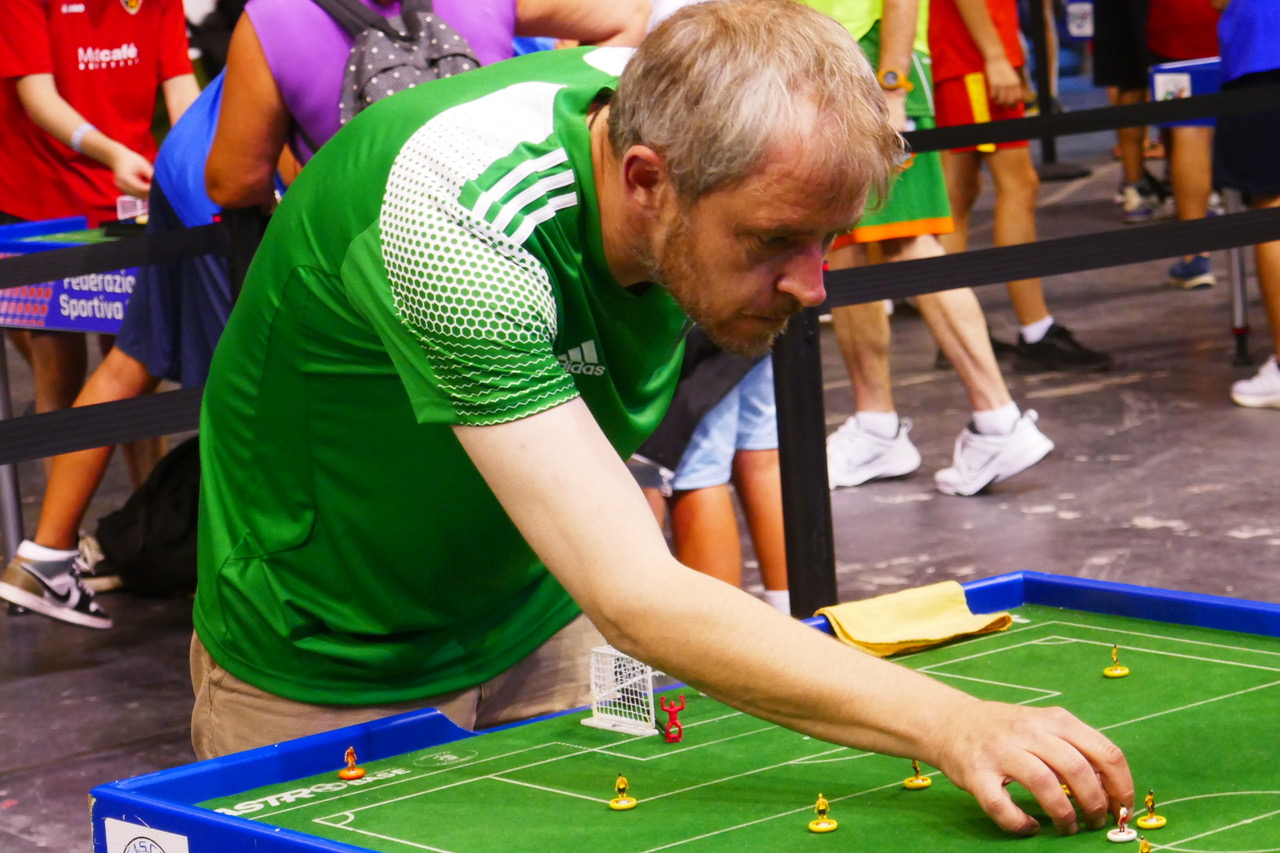 ROME – Comments from Simon STEWART (NIR) after the group phase of the Open Team category at the FISTF World Cup in Rome on Sunday.

On winning his game against England despite the 3-1 team loss:
“We came into the game, we weren’t expected to get anything out of it. So the fact that I won one of our four games, that’s a good result for us.”

On whether beating an Englishman made it an extra special win:
“Not an English man, but England – it was kind of nice.”

On finishing third in their group:
“That’s fantastic because that would mean that all of the (three) World Cups that Northern Ireland have been to, we haven’t finished at the bottom of the group, which I think is a great achievement for a tiny, tiny country.”

On having a full team at this World Cup:
“It gives us a little bit of flexibility in terms of team selections, of course. We can keep guys back and bring subs on.

“But I think it’s good that we have people who are travelling now. It’s difficult often to get players to come and travel, but now we are.”