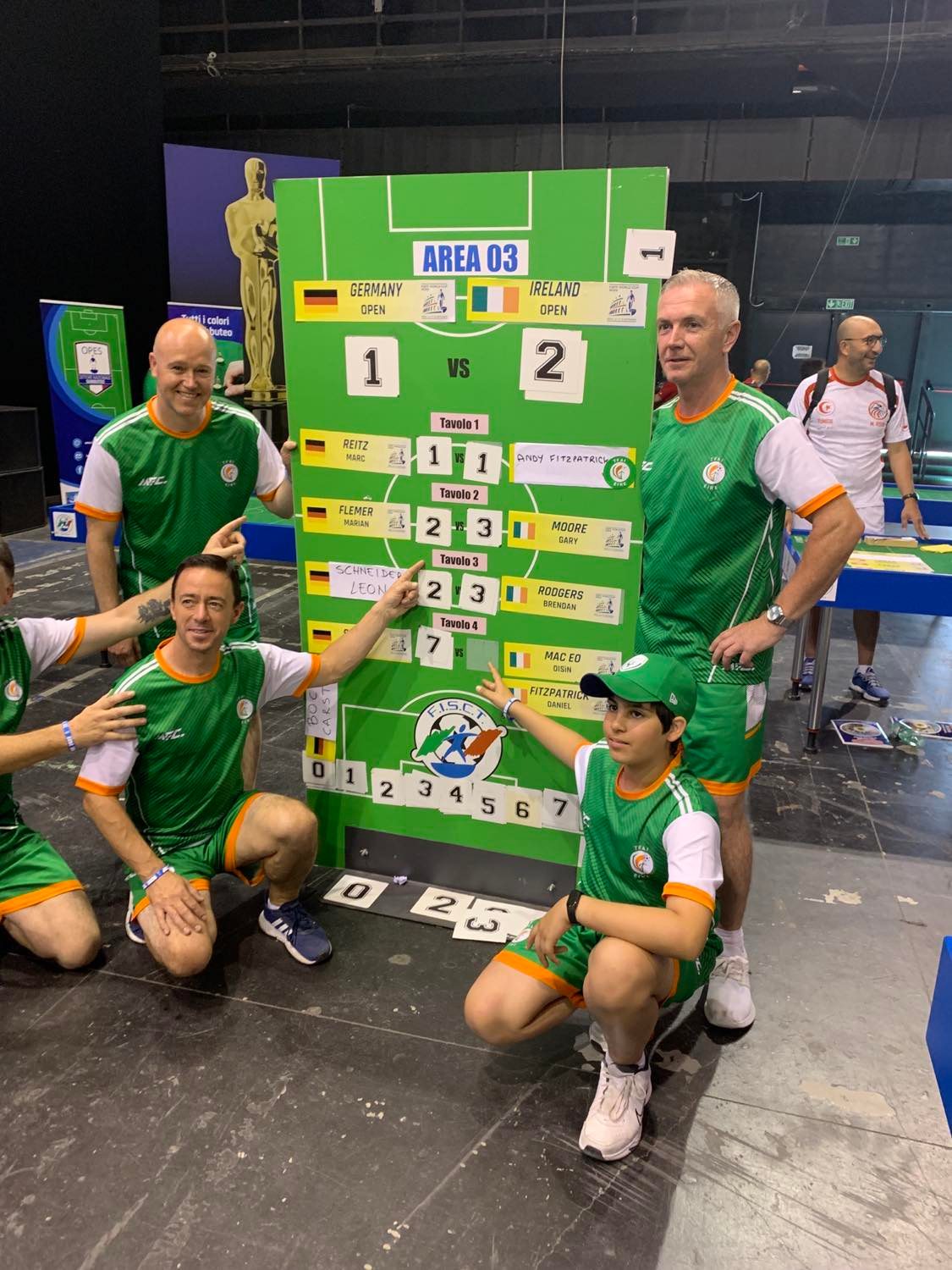 ROME – Comments from Ireland players Brendan RODGERS (ROI) and Gary MOORE (ROI) after the group phase of the Open Team category at the FISTF World Cup in Rome on Sunday.

On being at the World Cup:
“This is my first World Cup. It’s an amazing experience and I think the team event is really fantastic. It gives you that feeling of team spirit and everybody’s rooting for the other person more than in the individual tournament.”

On how aware he is of the other tables in the team event while he’s playing:
“I wasn’t aware of anything that was happening on any other table at all. I was concentrating on my own game and I only realised what the score was when the final whistle went. I think maybe that works for a lot of people. Other people might like to see where they stand and maybe they play towards that depending on what’s happening on the board. But I think just play your own game and see what happens.”

On what he takes away from the tournament:
“The standard is amazing, the standard’s so high. The best players are just so accurate and so fast. It really is amazing.”

On whether defeating Germany 2-1 in the group phase was a surprise:
“A surprise? No … but yes. We thought of it as a game that we could definitely compete in and I think the lads played outstanding. It was a real team effort.

“We’re very proud in Ireland, no matter what sport it is, we get behind the team, especially when we see them winning.”

“But then of course when you start your own game proper and switch off to the rest, you can concentrate more and thankfully I hung in there and the guys did really, really well.”

On what the team learned from the 4-0 loss to Malta:
“How to not miss the ball [laughs]. How to hold possession, how to attack so quickly. They practice, practice, practice, they play in the big tournaments all the time. They’re at the highest level for a reason, they didn’t get here by fluke.”