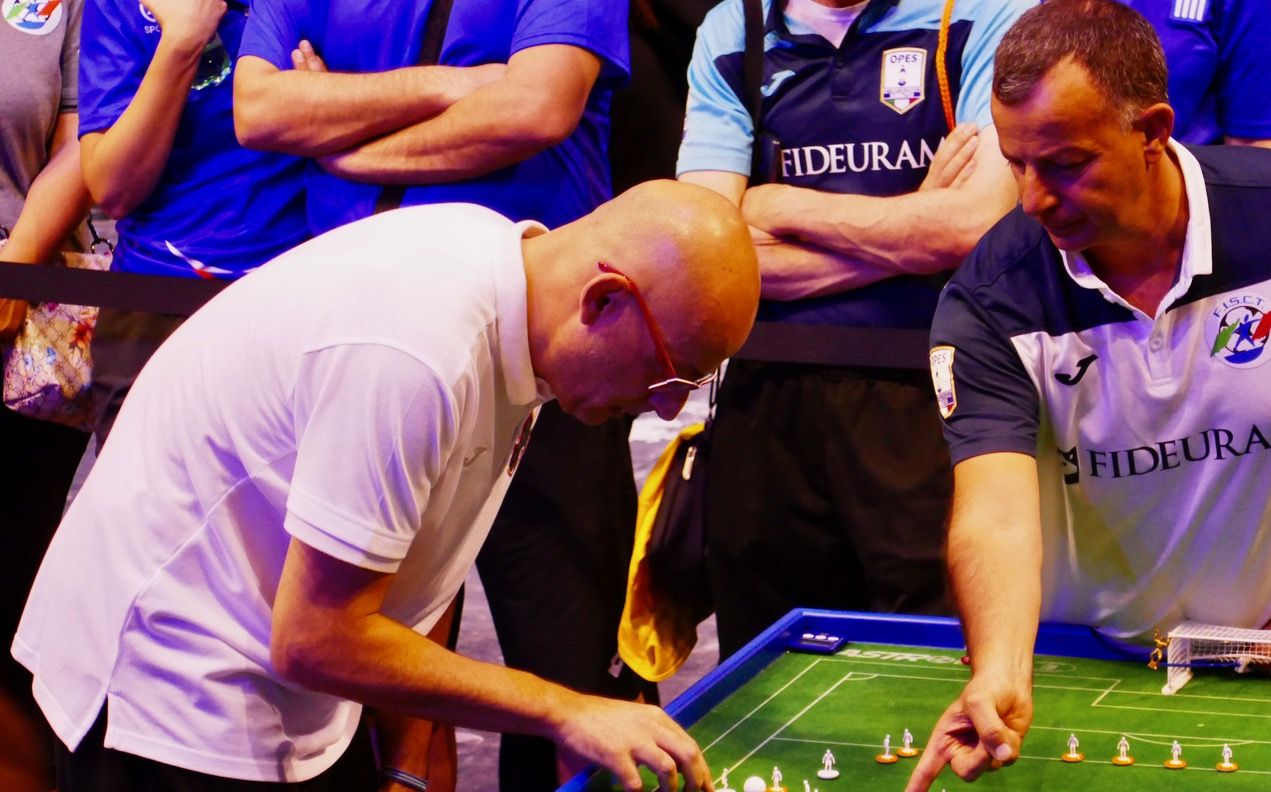 ROME – Comments from Gianfranco CALONICO (ITA) after he defeated Jason PISANI (MLT) to win the Veterans Category at the FISTF World Cup in Rome on Saturday.
It was his second Veterans title after winning in 2016 in Belgium.

On his emotions after winning his second Veterans world title:
“The emotions are very important because it’s been six years since the last title (2016), and to win here at home in Rome brings a lot more happiness. This World Cup in Italy is very important for Italians. Clearly, to have won at home is a great source of pride.”

On whether this victory was more emotional than the last one:
“The first time, you never forget. But clearly, to win at home is a unique feeling. In 2016 when I won, my son was two months old, he was just born. Now he’s six years old. For that I dedicate this victory to my son above all and my wife who supports me and gives me freedom to do the training I need to do to compete for this victory.”

On how he survived the knockout phase of the tournament:
“I always believed, which helped me a lot. The last four matches, I won three in sudden death, which gave me belief. Even in the moments when I didn’t play well, I limited the damage and was then able to close out the match.

“I tried to find physical and emotional strength and I was able to bring the title home.”