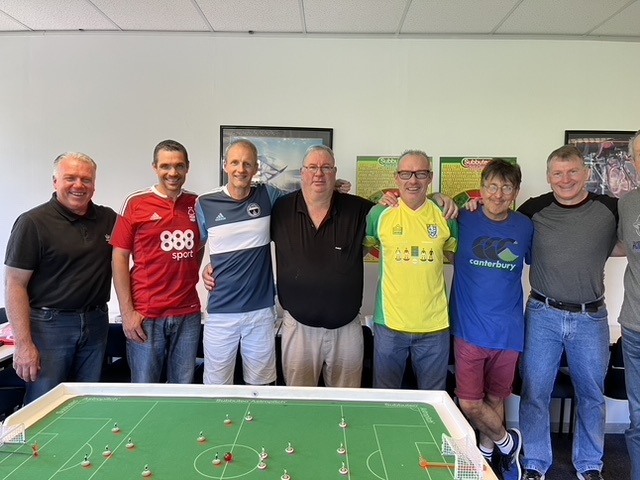 The first Cape Town Open event was held in 2014. This year’s event was the 7th instalment, hosted as always by Cape Town City Subbuteo Club. The venue was the beautifully-situated Sports Science Institute of South Africa, in Newlands, Cape Town. 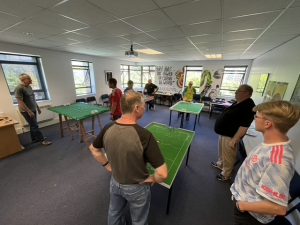 Unfortunately quite a few regular players were unavailable for this event, but the numbers were boosted by three visitors from Johannesburg, namely Gary Downs and Ian Clarke (Easterns TFC)
and Jason Kennedy (ETS SC).

The event kicked off with a fun 3-player team event – Cape Town City SC versus the combined Johannesburg players. This ended in a 1-2 victory for the visitors.
Results of the three matches
were as follows:
CT v Invitational 1-2
Neil v Gary 3-0
Clinton v Ian 1-2
John v Jason 0-2