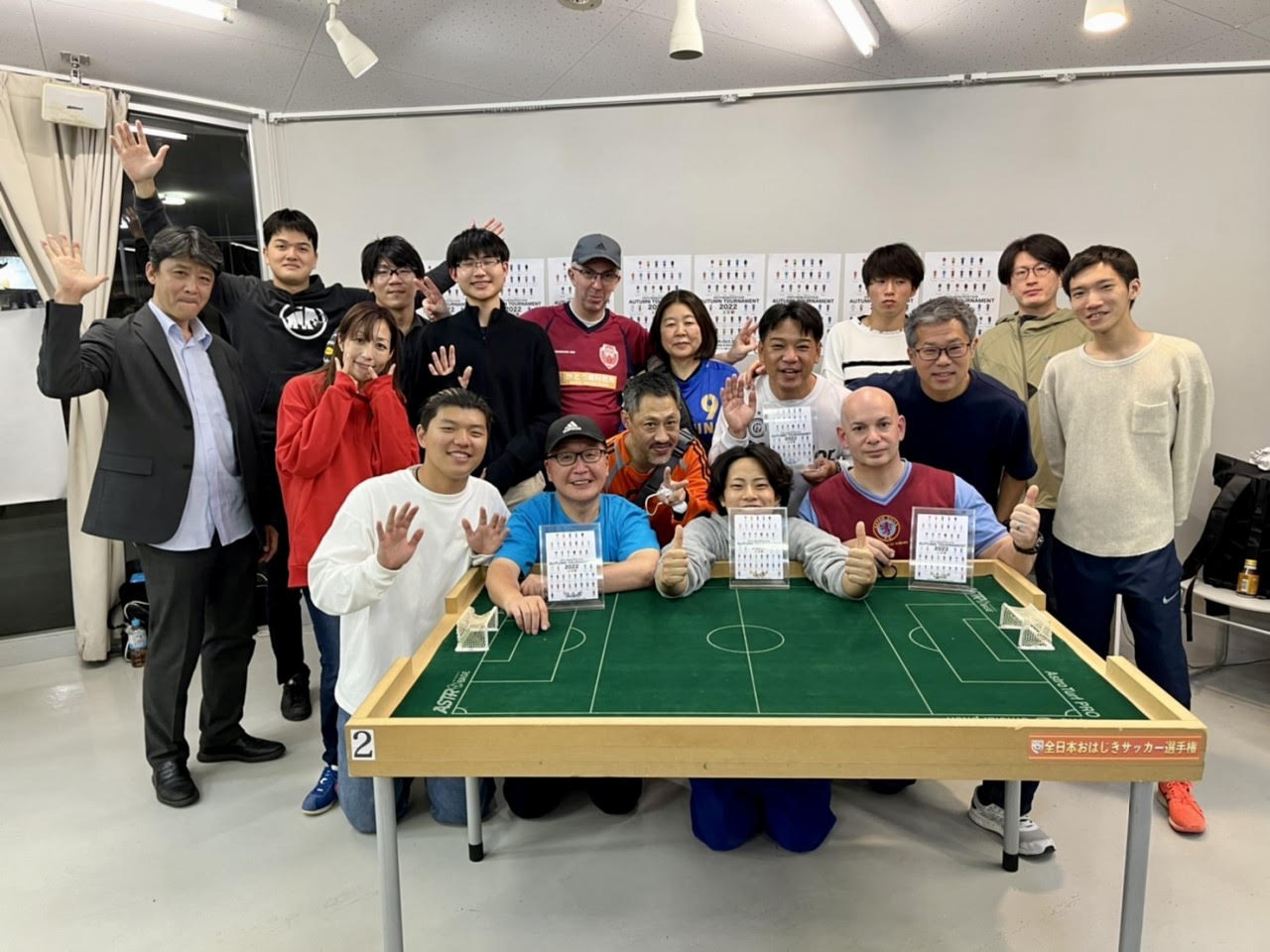 The first FISTF Satellite tournament of the year was held in Yokohama as Autumn Tournament 2022.
A total of 18 players participated in this tournament, which was held in individual matches only in the open category. Of the 18 people, 6 people participated in the tournament for the first time. I think it’s very commendable that there were 6 first-time participants, even though the club’s activities were on the decline due to the corona crisis.
In the morning’s group league, there were no turmoil except Takafumi Kido (Sakuragicho TFC), the top ranked player of this tournament, was defeated by Andrew Martini (Yokohama OSC) and passed the group in 2nd place.
Kenzo Koi  (Yokohama OSC) defeated clubmate Stephane Lambert (BEL) in the quarterfinal, while Taichi Kato (Yokohama OSC) also defeated Takafumi Kido in the last eight.
Kenzo then beat Andrew 1-0, with Andrew returning to action after a hiatus, while Taichi beat Kazuki 4-2.
Kenzo and Taichi met in the final, and have a long history as clubmates.
Kenzo has been coaching Taichi since he was in the third grade of elementary school!
In the final, Taichi scored 1-0 at the halfway point, and made it 2-0 with a quick counterattack in the second half.
Kenzo finally managed to pull back one goal, but in the end Taichi held on to win 2-1.
Third place went to Kazuki Okano and Andrew Martini. In addition,
Hideki Hamagami, who participated for the first time, defeated Manabu Nishi in the shootout in the PLATE match, which was held in parallel with the final league, and won the championship.
(All players Japanese unless noted) 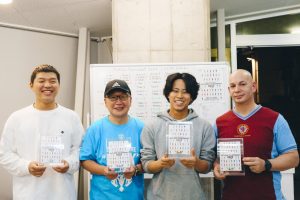